The new creation is the first from the partnership between Beyond Meat and Pizza Hut’s parent company Yum Brands. The partnership, which was announced in February, followed after both companies had continuously worked together. In 2020, Pizza Hut launched a temporary offer of Pizzas topped with Beyond Sausage. 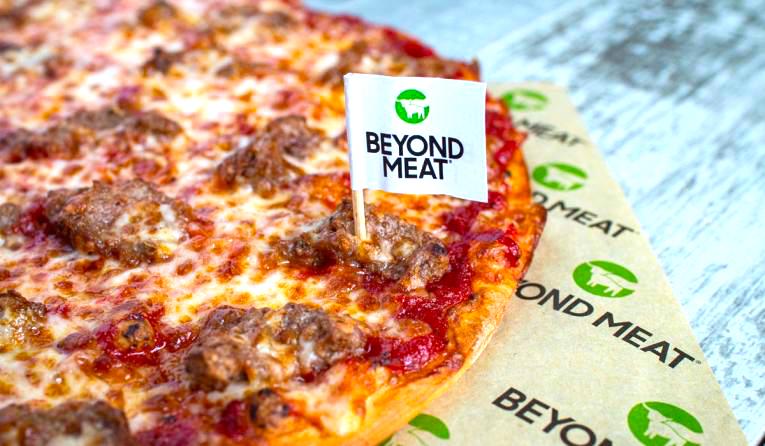 The news is positive for Beyond Meat, after experiencing loss of distribution within Dunkin’ Brands, specifically with a breakfast sandwich introduced in 2019.

“We did see a significant reduction in distribution at Dunkin’ Brands as they rationalized their menu. We remain engaged with Dunkin’ around future innovation and collaborations and our distribution throughout their Western U.S. stores. I should note that our Breakfast Sausage Pattie continues to do extremely well in other U.S. venues, such as Peet’s and Philz Coffee among others,” explained Beyond Meat founder and CEO Ethan Brown on an earnings call last week.