Qualcomm and Apple to Dismiss all Litigation | Financial Buzz

Qualcomm Incorporated (NASDAQ: QCOM) saw its shares surge as high as 41.99% after the Company and Apple, Inc. (NASDAQ: AAPL) agreed to dismiss all litigation between the two. Qualcomm highlighted that the agreement is expected to add USD 2.00 of incremental earnings per share to its 2020 financial results.

The two companies have also reached a six-year license agreement, effective as of April 1st, 2019, including a two-year option to extend, and a multiyear chipset supply agreement. The signing of the deal ends a two-year long legal dispute.

Apple will once again use Qualcomm’s chips within its iPhones. For the past year, Apple’s iPhones had been using Intel’s (NASDAQ: INTC) chipsets. However, after the announcement, Intel announced it would exit the modem chip business, according to Reuters.

Intel said it would exit the phone modem business and focus more on its 5G efforts and other devices such as networking gear. Despite Intel’s announcement, its shares remained unchanged. Patrick Moorhead of Moor Insights and Strategy said that Intel isn’t trading any lower because its modem unit represents a small portion of Intel’s revenue.

Continuing forward, analysts believe that the legal agreement between the two is a major win for Qualcomm and will see even more room to run. 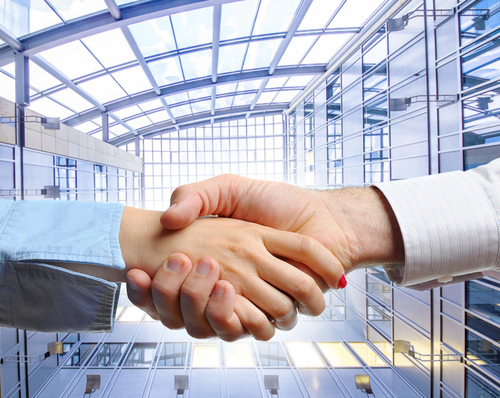 Following the announcement, at least three brokers upgraded their ratings on the stock. Bernstein analyst Stacy Rasgon, who had labeled the company’s shares “virtually uninvestible” while litigation was ongoing, said “the resolution will likely go a long way toward assuaging investors who have been terrified of the potential for negative legal and regulatory outcomes,” according to Bloomberg.

JPMorgan analyst Samik Chatterjee upgraded Qualcomm to overweight from neutral and raised his price from USD 54 to USD 88 per share. Chatterjee believes that the agreement with Apple will strengthen Qualcomm’s patent portfolio and its leadership in the 5G tech marketspace.

Stifel analyst Kevin Cassidy also upgraded Qualcomm from a hold to a buy, citing the Company’s incremental earnings add-on of USD 2.00 per share. Stifel raised its price target from USD 57 to USD 100 per share.