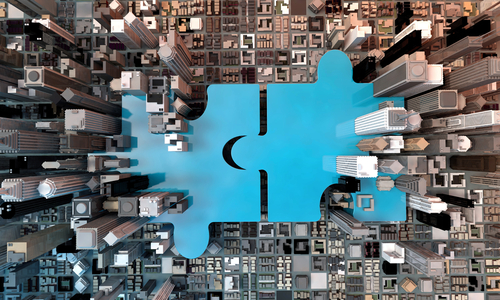 SAP is acquiring Qualtrics for USD 8 Billion, snapping up the survey software Company just before its planned IPO. The all-cash deal has been approved by the boards of both companies and by Qualtrics shareholders, SAP said in a statement on Sunday.

Qualtrics competes with SurveyMonkey, which went public in September. Qualtrics is bigger and growing faster than SurveyMonkey and is also more profitable.

SAP has been counting on new cloud products for growth as the transition away from traditional desktop software has taken business from its core enterprise resource planning business. In October, the German software Company raised its outlook following a 41% jump in third-quarter cloud revenue. SAP said it now expects revenue growth of 7.5% to 8.5% this year, up from the prior range of 6 to 7.5%.

The deal is SAP’s second-biggest acquisition ever, following the USD 8.3 Billion purchase of travel and expense software company Concur in 2014. To build its cloud business, SAP acquired SuccessFactors in 2011 for USD 3.4 Billion, and earlier this year purchased Callidus for sales performance management at a price of USD 2.4 Billion.

Qualtrics gets most of its sales from subscriptions and also generates revenue from a research on demand option that existing customers can use to get feedback from “a curated group of respondents,” and from professional services.

In the first half of 2018, Qualtrics recorded revenue growth of 41.7% to USD 184.2 Million. By contrast, SurveyMonkey had USD 121.2 Million in revenue during that same period, up 14%. After generating a profit in 2017, Qualtrics reported a USD 3.4 Million net loss for the first six months of this year.

Qualtrics was founded in 2002 by brothers Ryan and Jared Smith and their dad, Scott, along with Stuart Orgill, who resigned from the board last year. The company had 1,915 employees as of Sept. 30, and is based in Provo, Utah.

Ryan Smith, the Company’s Chief Executive Officer, was reluctant to do the deal. He went back and forth on the sale, leaving SAP unsure if it would get done until Sunday, according to a person familiar with the matter. While the USD 8 Billion price had been agreed to weeks ago, Smith struggled with the idea of losing control of the company he founded, said the person. The Smiths owned 48% of total voting control, according to the IPO prospectus.

Qualtrics has more than 9,000 customers, including BlackRock, Kellogg, Microsoft, Mastercard and Under Armour. In addition to SurveyMonkey, Qualtrics said its competitors include Aon Hewitt, Medallia and Willis Towers Watson.

Global Communications Test and Measurement Market 2018-2022 with 2017 as the Base Year - ResearchAndMarkets.com