Luxury-brand designer, Tapestry (NYSE: TPR) reported its fourth quarter financial results before the market open on Thursday. The Company missed Q4 estimates and reported a weaker-than-expected guidance, causing shares to crater by as much as 20% on Thursday afternoon.

For the quarter, Tapestry reported earnings of USD 0.61 per share on revenue of USD 1.51 Billion. Tapestry fell in-line with FactSet analysts’ earnings estimates, but fell short of its revenue estimate of USD 1.53 Billion.

During the quarter, Tapestry reported that overall net sales rose by 2% year-over-year, primarily driven by the steady growth across its segments.

Coach accounts for the majority of Tapestry’s financials because of its large international market reach. Tapestry Chief Executive Officer Victor Luis said that Coach had a strong year, driven by the success in its digital and international growth. 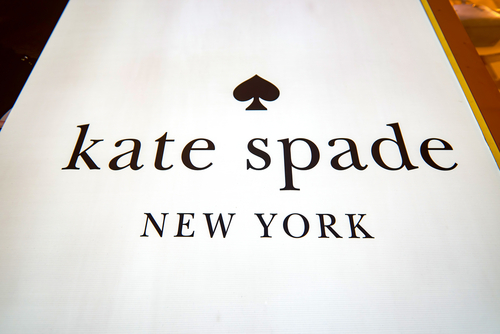 “Coach – our largest and most globally diversified brand – had a strong year, driven by growth in our international and digital channels, while outperforming the direct competition in North America. We understand that driving sustainable growth at Coach is essential to the success of Tapestry overall and are proud of the brand’s performance, highlighted by seven consecutive quarters of positive comparable store sales.” said Luis in the press release.

While Luis praised the growth of its Coach segment, he mentioned that the Company was rather disappointed in the weaker-than-expected results from its Kate Spade unit.

Kate Spade “did not meet our expectations and more time is required to drive a positive inflection in the business, particularly in light of the traffic-challenged and competitive retail environment in North America. We acknowledge that there are opportunities to improve performance and we are addressing those areas with a sense of urgency.” said Luis.

Moving forward, Tapestry expects revenue to rise at a low-single digit rate in fiscal 2020 and earnings to remain flat year-over-year. Tapestry’s revenue and earnings forecasts are both well below FactSet’s estimates.