Is Major Petroleum Producer, BP in the Doldrums? 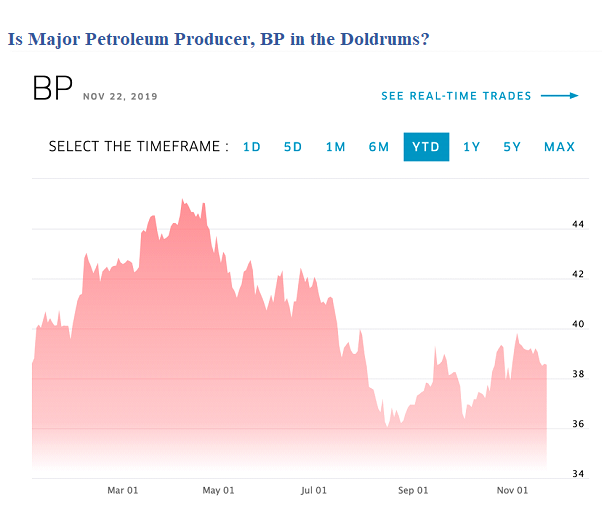 British Petroleum (BP) stock has tapered off significantly since March 2019. At the time, the stock had ballooned to $45.38 per share, but market forces have reeled the price back to its current level of around $38.56 per share heading into December 2019. The year-to-date performance of this market-leading juggernaut has been less than stellar, with the 200-day moving average price of $39.30 holding above the prevailing price, and a steadily-rising 50-day MA now at $37.88 per share. The stock’s current yield is 6.33599%, with a 1-year target price of $45, and a 27.18% payout ratio.

However, oil prices are cutting into BP’s favorability ratings. The price of WTI crude oil is $58.01 per barrel, while the price of Brent crude oil is $62.67 per barrel. West Texas Intermediate (WTI) prices have generally held between $55 and $60 per barrel throughout the course of 2019, but prices are clearly lower than they were halfway through the year. Much the same is true of Brent crude oil, which peaked in April 2019, but has peeled off markedly since then. Brent crude has lost approximately $11 per barrel in several months. This whipsaw pricing in crude oil impacts the performance of companies like British Petroleum (BP) and analysts’ ratings of it.

It is notable that Argus Research regards BP as a hold. It has been deemed undervalued by analysts, with a 2.4 rating on a 1-5 scale. This recommendation rating falls between a buy and a hold, where 1 represents a strong buy and 5 represents a sell. On October 31, 2019, BP was downgraded from a buy to hold by Argus Research, in stark contrast to the BMO Capital recommendation of outperform status in August 2019.

Despite all the hullabaloo, Zacks Equity Research maintains that BP should be a hold option. BP plc is expected to generate earnings growth of 10% for the next 5 years, well above the industry’s average of 6.7%. The decision to trade oil stocks like BP requires intensive research, given the volatility of the industry and the macroeconomic variables that can impact performance. On the plus side, BP is showing robust performance:

⦁ BP continues to pay higher than average dividend yields, and thanks to the company’s policy of repurchasing shares, it is returning large amounts of capital to shareholders. Share buybacks amounted to $340 million in Q1 and Q2 of 2019.
⦁ BP has purchased 22 major projects geared towards producing 900,000+ barrels of oil per day by 2021. These purchases have resulted in significantly enhanced production volumes for improved earnings in recent times. 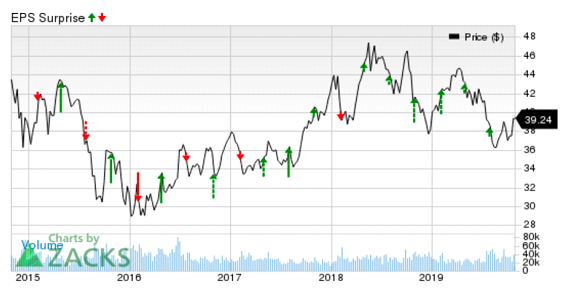 Of course, before trading petroleum stocks like BP it is worth pointing out that there will be declines in the industry’s refining margin in Q4 2019. Recall that BP rec

CEO to Step Down but Boosted Production on the Cards

While the company’s share price took a beating after its CEO Bob Dudley announced he would step down, it was news of underlying profits in the final quarter of 2019 that really shook the stock price. For the last three months of the year, BP reported profits of $2.3 billion, compared to $3.8 billion for the same period in 2018. The future CEO, Bernard Looney, served in the capacity as Head of Exploration and Production at the company.

He will assume his role in February 2020. Various factors have impacted the price of BP stock in recent months, such as Hurricane Barry in the Gulf of Mexico which shut down production for several weeks, weaker oil prices around the world, and a string of investments that now look much weaker on paper.

There are mounting concerns about the impact that energy companies like British Petroleum, Shell, Exxon Mobil, Total, and Chevron are having on global greenhouse gas emissions. Various reports indicate that these companies could be responsible for up to 33% of CO2 emissions and other greenhouse gases since 1965. Yet, these energy juggernauts remain undeterred in their quest to boost production, particularly from the $10.5 billion shale oil reserves that BP recently acquired.