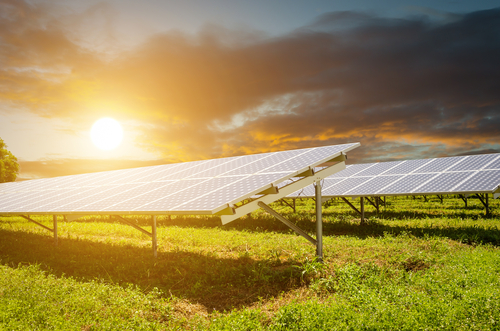 Low demand and a trade loophole had raised foreign interest in Panasonic solar cells.  The loophole allows companies outside of the U.S. to ship solar panels into America duty-free as long as the panels are U.S. built cells.  Initially, Panasonic had planned to sell the panels to Tesla, Inc. (NASDAQ: TSLA) for its trademark Solar Roof.

The Panasonic cells are being produced at the Tesla facility due to an agreement dating back to 2016.  The buyer has not been identified.  This comes as a surprise as solar cells produced in the U.S. are much more expensive than in Asia due to President Donald Trump’s tariffs on solar imports.  The use of the solar cells has not been disclosed.

Sources have claimed that H.R.D.’s factories in the Philippines are taking majority of the solar cells from the Buffalo plant.  The company claims that the shipments account for most of the cell production from the plant.  Currently, H.R.D.’s factories supply it’s lion share of product to Ichijo due to their close affiliation.

Ichijo boasts its homes as energy efficient and technologically advance with many that have solar panels included.  Ichijo’s sales focus has been mainly in the Japanese market but has expanded in the U.S. Pacific Northwest.

Tesla has not provided official sales numbers for its Solar Roof but only installed them on a handful of rooftops after production line issues.  It seems that Panasonic was forced to find other buyers due to low purchase volume from Tesla’s solar sales team.