Cannabix Technologies Inc. is a developer of marijuana breathalyzer technologies for law enforcement and the workplace.

Cannabix Technologies Inc. is a developer of marijuana breathalyzer technologies for law enforcement and the workplace. Cannabix is working to develop drug-screening devices that will detect THC- the psychoactive component of marijuana that causes impairment using breath samples. Breath testing for THC would allow employers and law enforcement to identify recent marijuana use that better aligns with impairment. 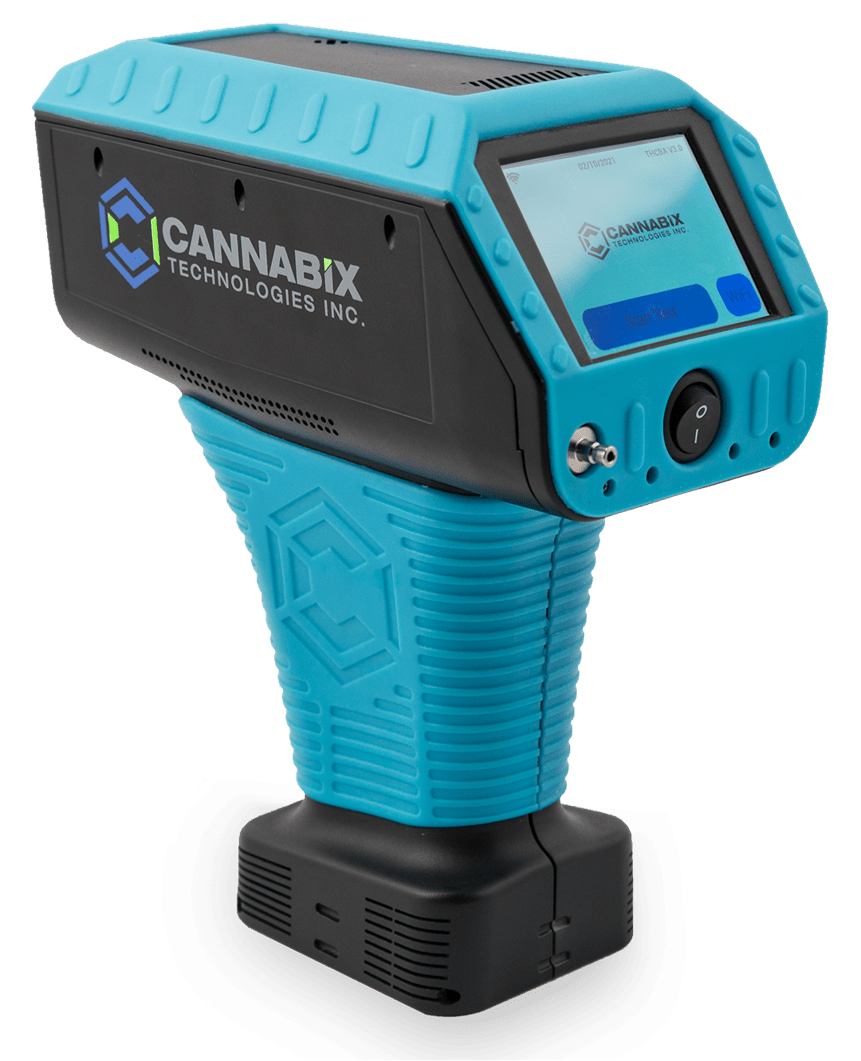 Our Behind the Buzz Show Featuring
Cannabix Technologies Inc.

Our Buzz on the Street Show Featuring
Cannabix Technologies Inc.

The THC Breath Analyzer (THCBA),is a point of care breath testing tool for the rapid detection of recent  cannabis use (within 1-3 hours). The underlying technology for the THCBA uses microfluidic sensors coupled with machine learning algorithms which operates under principles similar to mammalian olfaction systems. 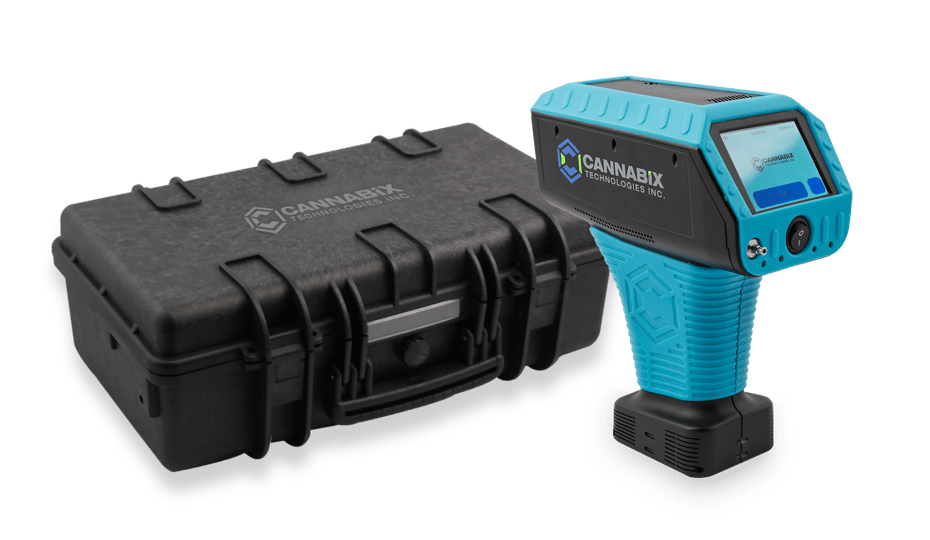 Microfluidic-based artificial olfaction technology pairs gas sensors, such as metal oxide semiconductor, with microfluidic channels for detection of THC in breath samples. The THCBA collects a single breath from the user and the sensor response is represented by a characteristic pattern or “smell-print” to the specific target gas.

The Cannabix THCBA device is at the advanced prototype stage.

There are thousands of different molecules present in human breath, and those associated with recent cannabis use are often far from the most abundant compounds present, especially when other compounds, such as nicotine, are also consumed.  Please also see why breath correlates better with the peak THC impairment window. The Cannabix FAIMS device is designed to operate both independently or coupled in tandem directly to a mass spectrometer (MS), used in forensic labs. 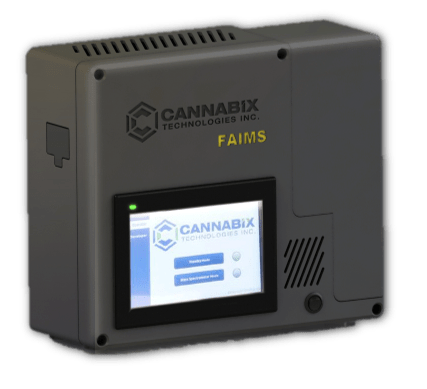 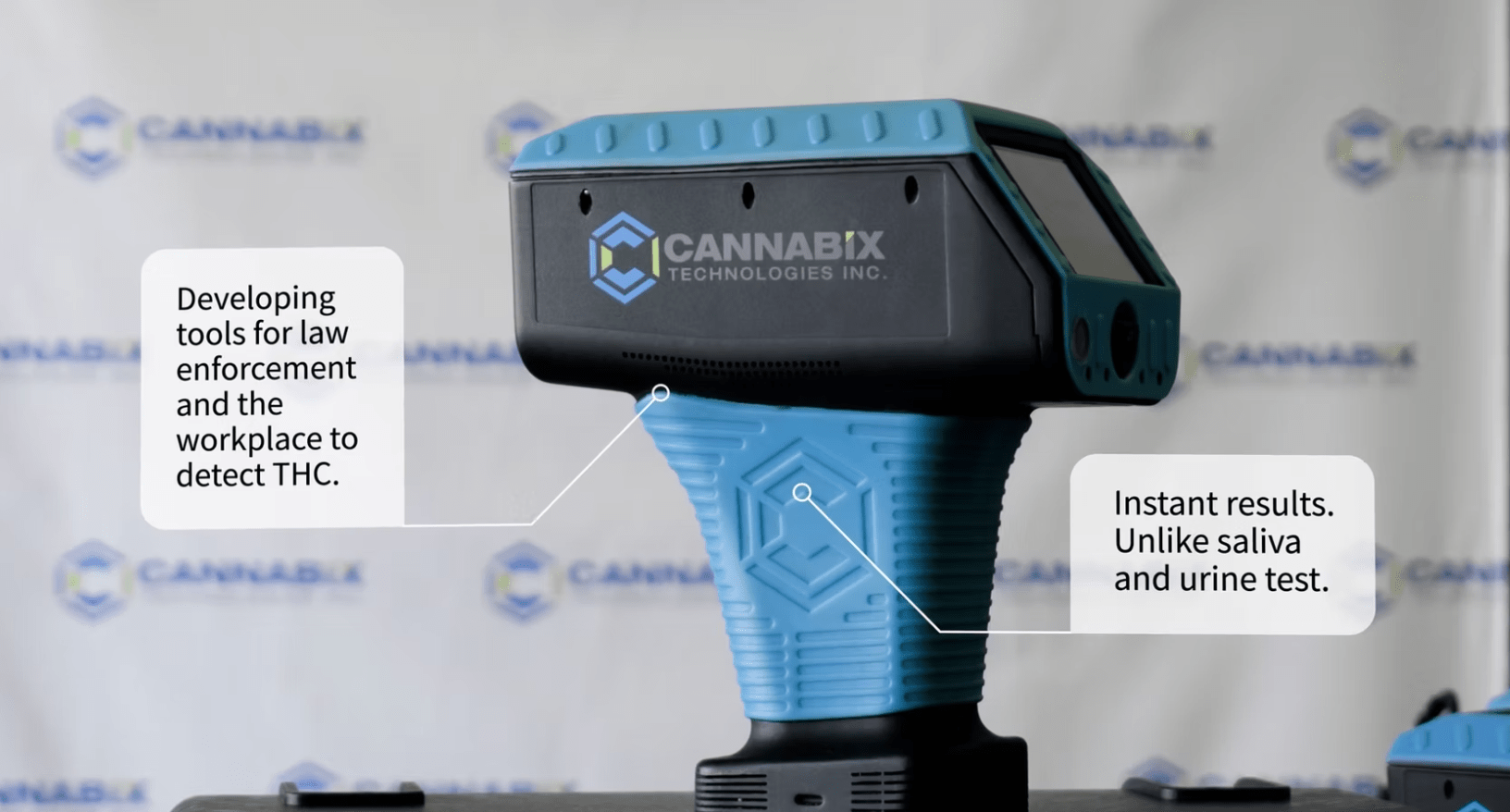 Cannabix Technologies Inc. (CSE: BLO) (OTC PINK: BLOZF) (the “Company or Cannabix”) developer of marijuana breathalyzer devices for law enforcement and the workplace reports it will be participating in a mid-October study date to test a supplemental version of its FAIMS technology for detection of ∆9-tetrahydrocannabinol (“THC”) and related analytes in human breath in a comprehensive multi-analysis study of subjects under the influence of marijuana in the southern United States. Cannabix has participated in two testing day events held in two different US cities in June and July. The October event will be held in a new location. In the Southern US study, Cannabix is working alongside toxicologists and law enforcement officers who are testing subjects under the influence of marijuana. The Company’s technology (proprietary breath capture and marijuana detection equipment, described below) is being used side by side with several conventional drug screening methods including blood and oral fluid collection. Furthermore, a closed course driving test is planned for the mid-October study date to gauge impairment. Details of the study will be available in due course when disclosure approvals are granted to the Company.

The Company has developed a unique breath capture system, capable of collecting low volatility analytes, such as THC, from a sample size of only approximately 5 breaths. In addition, the Cannabix device captures analytes efficiently such that the sample preparation steps needed in traditional methods are completely eliminated. The system has detected and confirmed THC in breath out to 4 hours after smoking with breath samples being stored and analyzed up to two days after sample collection.

Cannabix has been actively participating in breath-blood studies over the course of the year – completing experiments in Ontario (see press release from May 9th, 2022) and alongside law enforcement in the southern US in June and July (see press releases from July 12th and August 25th, 2022). The study results show that breath levels of THC over time are consistent between subjects, and data demonstrate consistent correlation of levels of THC between breath and whole blood in early time points after smoking.

With its participation in these blood-breath correlation studies, the Company is building an important body of real-world breath data of various cannabis users, taken using cutting-edge hardware developed by Cannabix. These data significantly increase accuracy of recency of use by metabolism measurements. Blood is currently the standard of measurement for drug determination by law enforcement and toxicologists, and is used as objective evidence of possible impairment in courts of law.

According to the NHTSA report to congress (2017)1 THC in blood drops rapidly after cessation of use. In contrast to alcohol, which is metabolized at a relatively steady rate, THC is metabolized at an exponentially declining rate, such that the THC blood level first drops rapidly, followed by a slower decline as lower THC levels are reached. Within 30 minutes of smoking, the amount of THC in blood and breath can decline as much as 80 – 90 percent from its peak level. A low level then remains for only a few hours prior to the return to baseline level. Because of this short window, confirmation of drug presence as quickly as possible after the time of a law enforcement stop is paramount to provide accurate objective evidence of recency of use of cannabis in drugged driving. Cannabix equipment can be used to collect breath samples immediately upon suspicion of impairment, and can significantly reduce the time needed throughout the drug confirmation process. Analysis times (1-2 min per sample), are much shorter than most current methods, which can improve high throughput operations and remove backlogs; also speeding up the administrative process. Cannabix devices are designed to be easy-to-use and seamlessly interfaced with techniques that toxicologists are already familiar with, requiring minimal training by all users.

Cannabix tools provide quick and nonintrusive breath sample collection and easy analysis with no sample preparation needed. In comparison, existing and legacy breath and saliva testing procedures require several sample extraction and preparation steps prior to analysis, and analysis itself can take from 1 – 3 hours per sample. This is expensive and impractical. Also, existing and legacy breath and saliva testing procedures tend to have inefficient, time-consuming collection methods, and recoveries are still often poor. Cannabix has developed unique approaches to breath testing that will reduce costs and make operations and processes far more efficient.