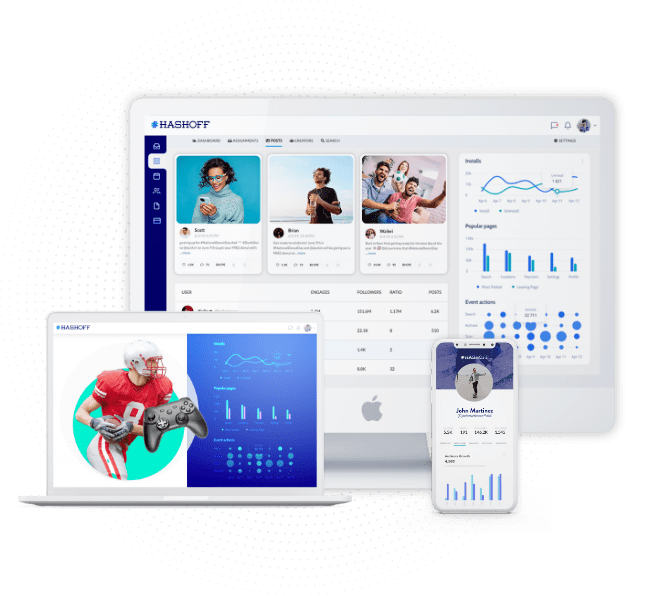 Our Behind the Buzz Show Featuring
DGTL Holdings Inc.

Our Buzz on the Street Show Featuring
DGTL Holdings Inc. 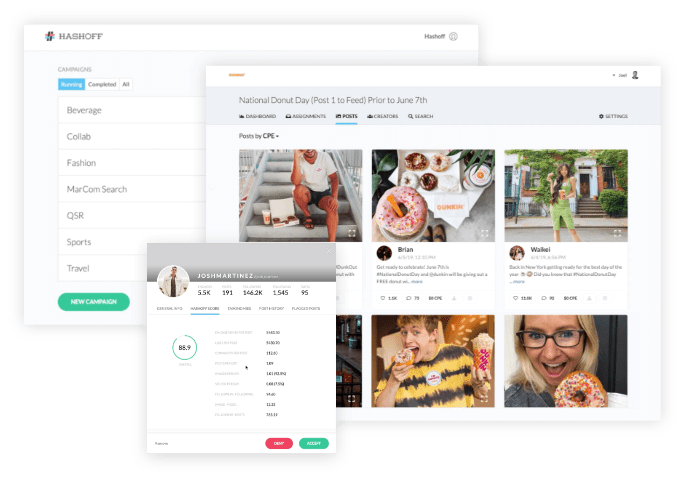 Brand storytelling has changed forever and AI driven technology and the new real-time content reality has served as the catalyst. #HASHOFF’s Marketplace CMS solutions are at the center of this revolution. #HASHOFF is a platform that allows brands and agencies to identify and connect and engage with top-ranked content creators and make them long-term brand ambassadors through commercial partnerships. #HASHOFF empowers global brands with micro-influencers’ campaigns, and access to 150+ million creators specializing in all forms of multimedia content. 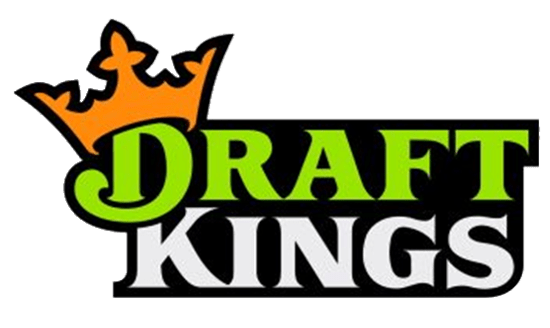 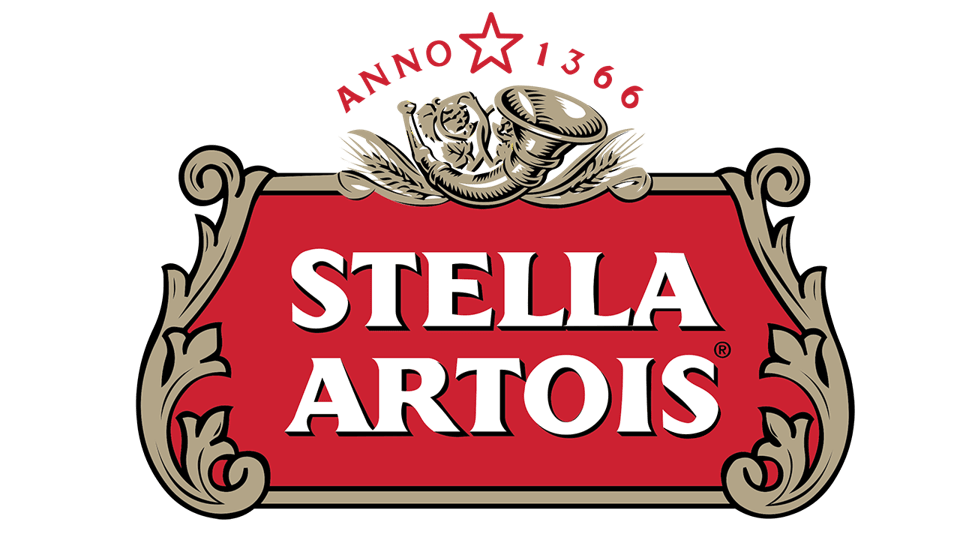 Find the best content creators to represent your brand, based on context signals and machine learning. A more intelligent way to search. #IAM Search is a platform designed to eliminate subjectivity and find the perfect fit, no matter the scale, scope or even geography and language of the campaign. No more sifting through hashtags or generic search criteria in hopes of finding needles in a haystack. Brands create their own highly customized data set, set the deep demographic and psychographic parameters, and access +150M potential creators. In order words, #IAM Search enables brands to rank, optimize, scan for brand fit and shortlist the best creatives and brand ambassadors available. 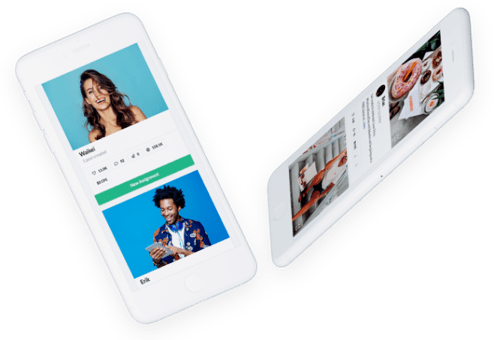 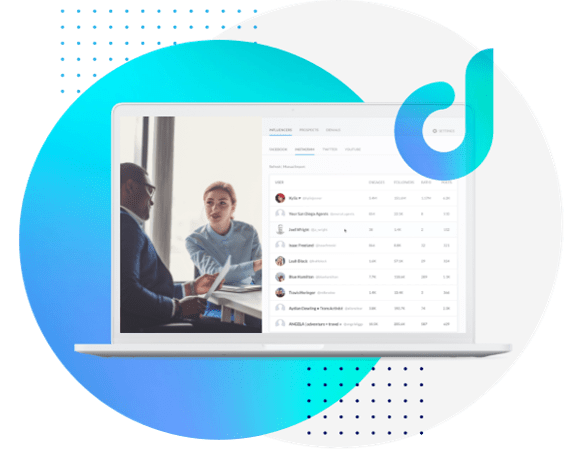 Complete workflow solution and e-commerce marketplace that allows for the development of long lasting partnerships between global brands and local content creators. From brand briefing, content management and streamlined payment processing, #CreateMarketplace helps brands are to build and curate their own tribe of brand evangelists for top creators and publishers, for paid, owned and earned channels in our 100% transparent SaaS platform. Make your brand discovery process engaging, efficient and impactful by utilizing storytelling and UX on all major social media platforms.

Full access to real time data and market insights to help your brand management team track the results of every social media influencer campaign to maximize the performance of your working media while tracking the viral impact of your ongoing content campaigns. 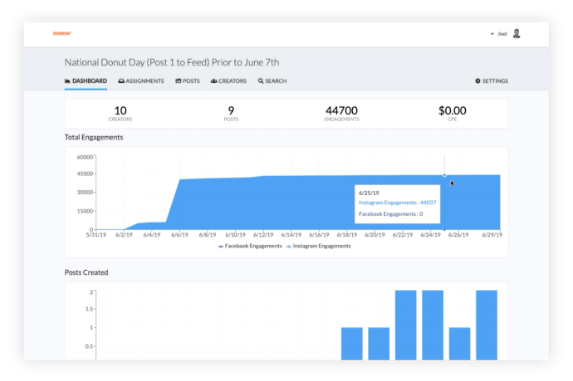 As the second campaign activation stemming from this new SaaS licensing agreement, this contract is valued at $75,000 USD for a one-week campaign (plus monthly software licensing fees). Hashoff will activate both self-serve and managed-service products for the campaign, which will create and distribute client-branded multimedia mobile social creative content with a 2021 PGA Masters theme.

The PGA Masters campaign was awarded following the successful completion of a similar video-based social media content campaign for this client targeting the NCAA March Madness tournament. Additional social media marketing campaigns surrounding other major sporting events are anticipated from this client within the coming months.

With a current market capital of over US$25 billion, this Nasdaq-listed client is a global leader in developing and marketing fantasy sports and mobile sports betting applications, which allow users to enter and bet on sports-related contests, tournaments or fantasy sports leagues.

Charlie Thomas, acting CSO of Hashoff, reports, “We are thrilled with the results of the NCAA March Madness campaign and are pleased to have been awarded management of the PGA Masters tournament campaign. As noted, Hashoff is striving to achieve a leadership position in video-based social media content marketing, products and services for tier one brands within the global digital sports entertainment and gaming sector. We look forward to future work in this area with our partners in the sector.”

DGTL Holdings Inc. (TSXV: DGTL) (OTCQB: DGTHF) (FSE: A2QB0L) (“DGTL” or the “Company“) is pleased to report that its wholly owned subsidiary, Hashoff LLC, has been awarded a new social media marketing campaign contract from a globally recognized CPG brand company. The global CPG brand is an american food conglomerate based in Chicago and is owned and operated as a subsidiary of PepsiCo.

The global CPG brand client is a major producer and distributor of food products with a specialization in breakfast cereals, nutritional bars and other RTE (ready-to-eat) products. The established CPG brand is nearly 150 years old and is recognized as having the first ever FDA approved food-specific health claim, and the first ever registered USPTO trademark, in their product category.

Leveraging Hashoff’s social media CMS (content management software) platform, the campaign will activate content creators and publishers on major social media platforms such as Facebook and Instagram. The campaign calls for Hashoff’s CMS software to identify, optimize and manage micro-influencers to create and distribute content showcasing the brands products as a key ingredient in a variety of household recipes.

Hashoff was awarded the new campaign contract based on the success of past campaigns. Hashoff’s suite of social media software provides global brands with a platform to produce high-quality content with significant cost efficiencies when compared to the traditional marketing and advertising agency models. These competitive advantages have positioned social media CMS as disruptive to the supply chain of the traditional creative media and marketing industry.

f, reports, “We are thrilled with the results of the NCAA March Madness campaign and are pleased to have been awarded management of the PGA Masters tournament campaign. As noted, Hashoff is striving to achieve a leadership position in video-based social media content marketing, products and services for tier one brands within the global digital sports entertainment and gaming sector. We look forward to future work in this area with our partners in the sector.”

Over the past two months the DGTL Holdings Inc. management team has stewarded a detailed RFP (request for proposal) process and interviewed numerous engineering firm candidates. Post a thorough technical review, several software enhancements have been identified to meet scalability goals and the project has been expanded to a version 2.0 of the Hashoff software.

The most notable software development will be the integration of top video based social media applications into Hashoff’s marketplace creation products. Adding top video applications (e.g. TikTok) as core channels on the Hashoff platform will allow agencies, advertisers, and key accounts to create “cross-social” creator campaigns with a much wider reach and a larger and more engaged audience base. From the creator standpoint, this integration will open a new and formidable market for Hashoff and increase overall competitiveness and revenue potential.

Video based creator content is the fastest growing category within the global social media marketing industry. With over 1.5 billion users worldwide, TikTok has grown over 800% since 2018, and is now the most downloaded social media application on iOS Apple Store.[i]

The second technical enhancement identified is a development of Hashoff’s administration management platform. The technology currently requires manual processing of creator payments which has been deemed inefficient for the buyer, seller and the Company. Version 2.0 of the Hashoff software will ensure the platform is fully automated and functions on a scalable self-service format thereby eliminating the need for managed service elements, creating heightened efficiencies for customers and improved gross margins for the Company.

Lastly, a technical review of the Hashoff technology also identified an opportunity for increased granularity of creator content. These added product feature enhancements and search parameters will increase effectiveness of client campaigns and overall competitiveness.

Adam Harris, Chief Technology Officer, states that, “as a leading content creation marketplace, Hashoff offers advertisers access to top ranked creators where audiences engage the most. Version 2.0 of the Hashoff #IAM and #Create Marketplace product suite will include a new self-service administrative platform and the integration of video-based applications like TikTok. This is the next logical development for the CMS platform and a vital preparation for long term scalability and a higher volume of user activity.”

The software development contract was awarded to a leading engineering firm, scheduled to begin the process immediately, vis-a-vis a three-phase development plan. Regular business service will be uninterrupted, and version 2.0 is scheduled to be launched by July 30th, 2021.

As the first activation stemming from a two-year SaaS licensing agreement, this contract is valued at $200,000 (plus monthly licensing fees), with additional social media marketing strategies surrounding other major sporting events, during the two-year term.

The campaign will spotlight the client’s premiere sports gaming brands at the 2021 NCAA Men’s Basketball Championship (i.e. “March Madness”), which runs from March 14 to April 5, 2021.

With a current market capital of over $25 Billion, this Nasdaq listed client is a global leader in developing and marketing fantasy sports and mobile sports betting applications, which allow users to enter, and bet, on sports-related contests, tournaments or fantasy sports leagues.i

Phil Frank, acting CRO of Hashoff, reports, “This initial activation represents a new era at Hashoff, as we build towards a leadership position in video-based social media content marketing. The success of this campaign will produce a valuable case study highlighting the effectiveness of Hashoff’s software for video based social media content marketing campaigns for tier one brands within the global digital sports entertainment and gaming sector.”

“We are pleased with the continued revenue growth of our first SaaS acquisition. We anticipate continued momentum from Hashoff LLC via new business development and customer acquisition,” said John Belfontaine, Founder of DGTL Holdings Inc.

DGTL Holdings Inc. (TSXV: DGTL) (OTCQB: DGTHF) (FSE: A2QB0L) (“DGTL” or the “Company“) reports that its common shares are now eligible for electronic clearing and settlement through The Depository Trust Company (“DTC“) in the United States. The Company’s common shares are traded on the OTCQB Venture Market under the symbol “DGTHF.”

DTC is a subsidiary of The Depository Trust & Clearing Corporation, a United States company that manages the electronic clearing and settlement of publicly – traded companies. This electronic method of clearing securities expedites the receipt of shares and cash and thus accelerates the settlement process for investors and brokers, enhancing accessibility and trading volume potential from online transactions.