World High Life PLC is an investment company with a strategic focus to invest in and/or acquire companies operating in the CBD wellness and medicinal cannabis industry. 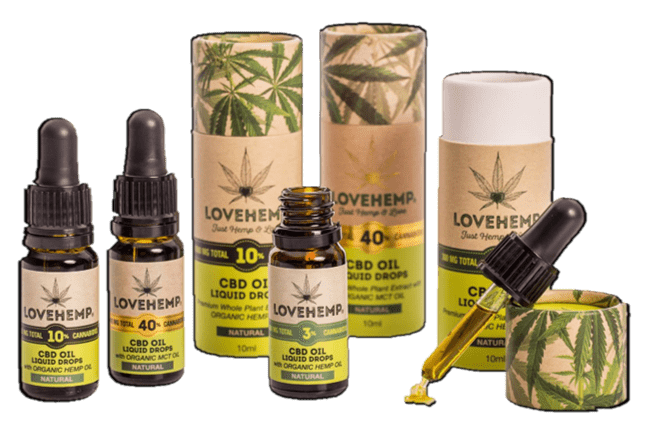 Our Behind the Buzz Show Featuring World High Life PLC: 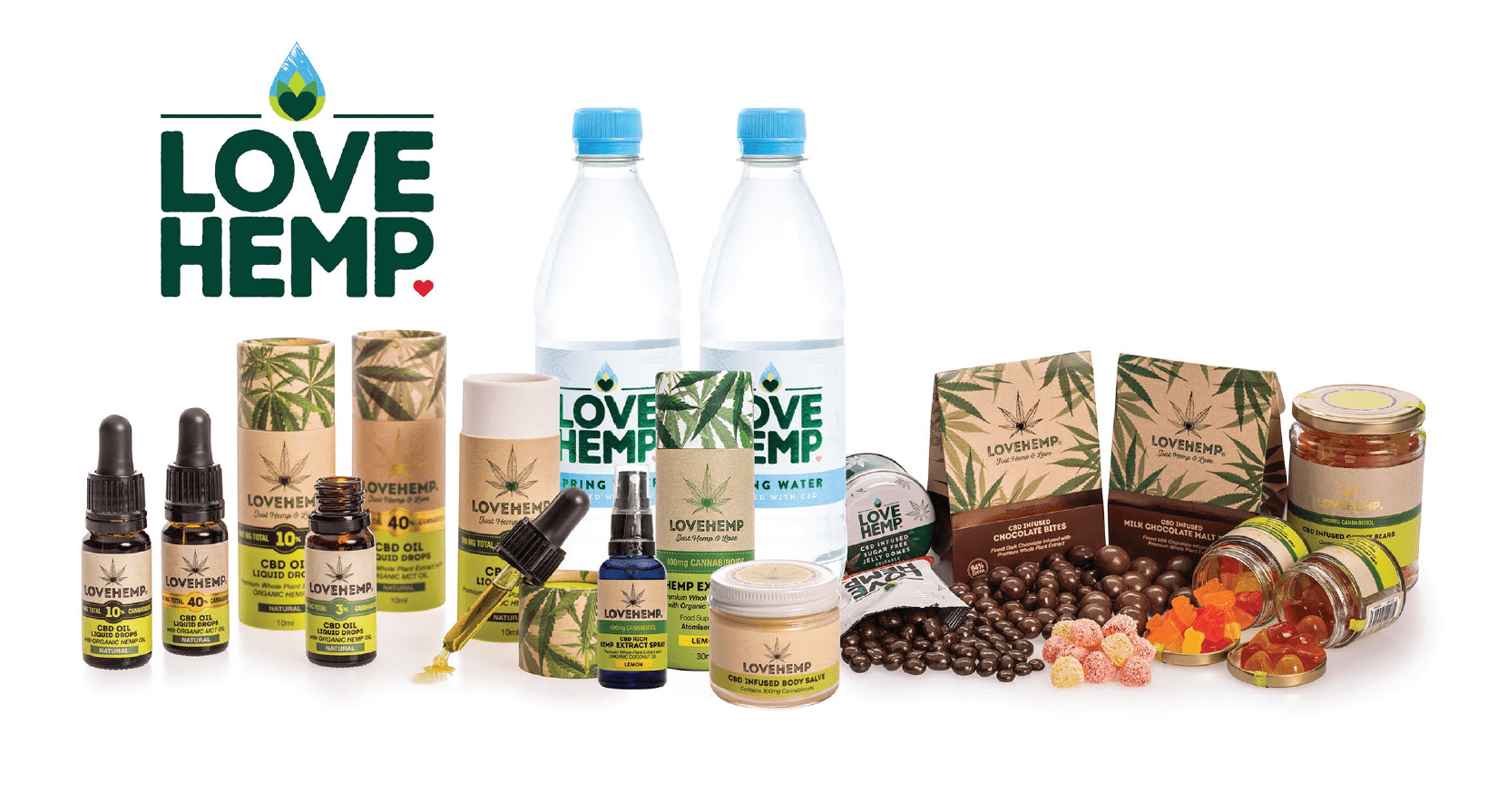 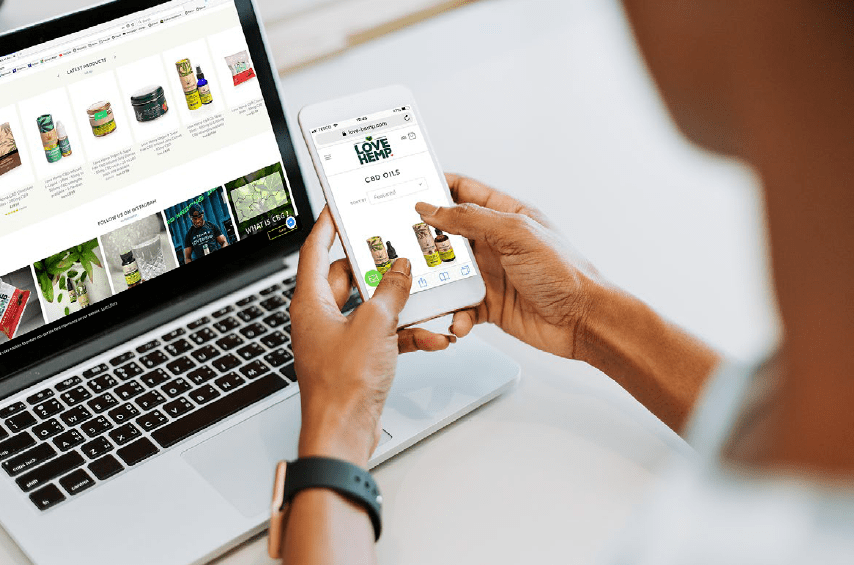 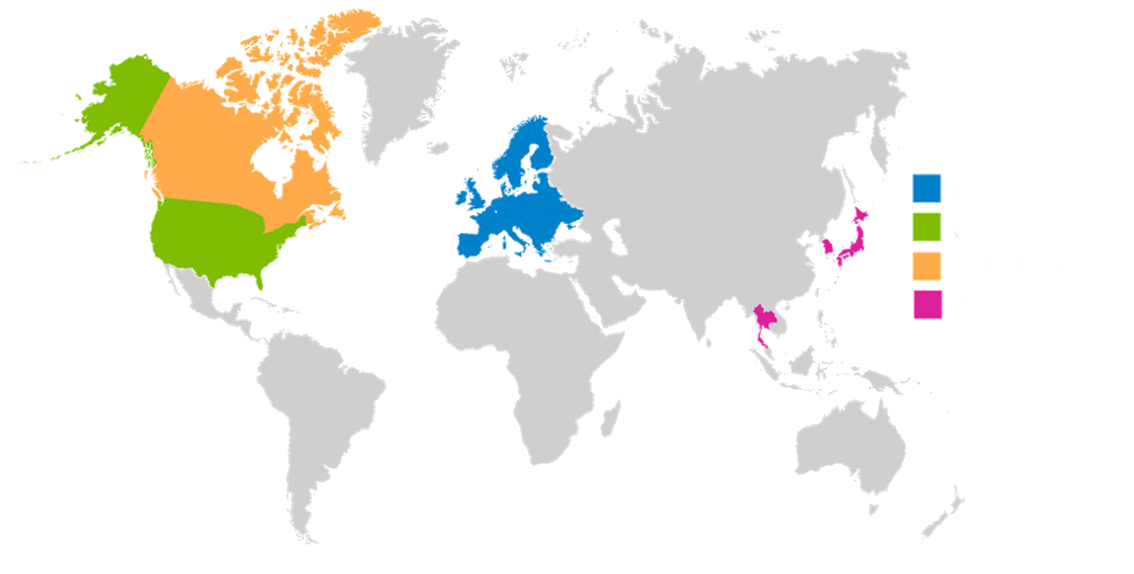 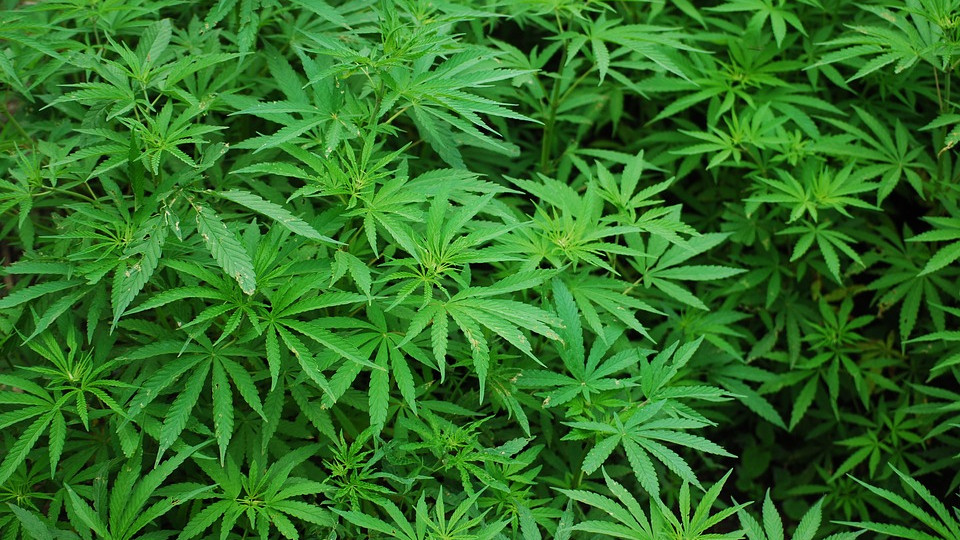 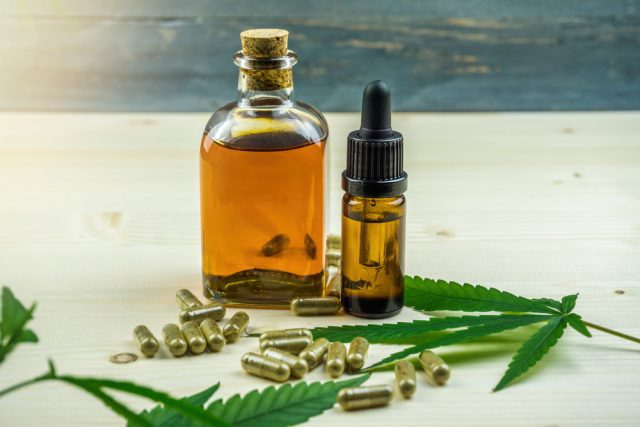 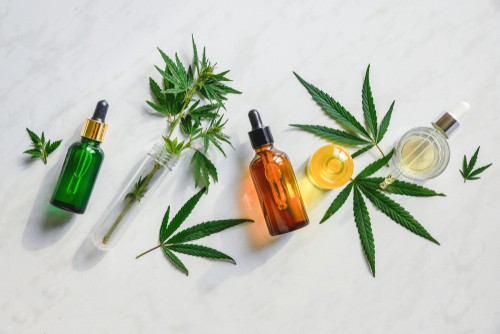 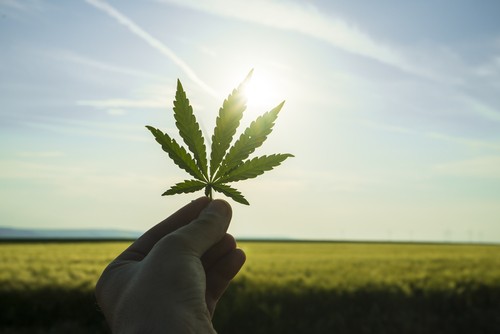 9/17/2019 - An introduction to the UK cannabis industry: shares, companies and regulation

World High Life Plc (AQSE:LIFE)(OTCQB:WRHLF), an investment company with a focus on developing business opportunities in the CBD, health and wellness and regulated cannabis industry in Europe, is pleased to announce its interim results for the nine months ended 31 March 2020.

These results have been prepared in connection with the filing of a preliminary non-offering prospectus with the intent to list the Company’s ordinary shares on the Canadian Securities Exchange (“CSE“), which if accepted will result in World High Life shares being listed in the UK on the AQSE Growth Market, in Canada on the CSE and in the USA on the OTCQB, providing shareholders throughout the UK and North America with access to invest in World High Life.

Love Hemp’s management team has been highly responsive to customer needs and the rapidly changing business environment due to COVID-19. The effort to build greater awareness and capacity online to drive sales has resulted in continued sales increases throughout the period, culminating to date with May’s online sales achieving a 107% increase over January’s online sales.

“The COVID-19 pandemic is profoundly affecting consumer markets and is accelerating existing trends within the consumer sector. Since the pandemic began, we have seen a shift in retail, with the pandemic accelerating e-commerce market penetration as consumer demands shift to ordering online in order to have what they need delivered,” says Tony Calamita, CEO at Love Hemp.

“This was an incredibly strong period of sales for Love Hemp. Whilst our strong growth usually comes from a wider variety of sales channels, given the current challenging business circumstances, our shift to the expansion of our e-commerce offering has enabled us to ensure our customers are able to continue to purchase and engage with us. We are focused on building trust and credibility with our consumer base and continue to innovate whilst responding to evolving consumer demands,” adds Mr. Calamita.

World High Life Plc (AQSE:LIFE)(OTCQB:WRHLF) is pleased to announce that its wholly owned subsidiary, London-based CBD brand, Love Hemp Limited (“Love Hemp“) , has appointed Dr. Sepe Sehati as Chief Scientific & Regulatory Advisor. Dr. Sehati is a healthcare innovator and a Fellow of the Royal Society of Medicine. A passionate advocate and practitioner of both critical thinking and tactical cross-pollination of disciplines, Sepe holds a Doctorate in Bioengineering from the University of Oxford.

Tony Calamita, CEO at Love Hemp says: “We are proud to welcome Sepe to the Love Hemp team. His experience will be a tremendous asset as CBD continues to gain momentum with consumers. He will be instrumental as we expand our range of trusted CBD products.”

Love Hemp’s Chief Scientific & Regulatory Advisor Dr. Sepe Sehati added: “Having carried out a critical review of CBD in 2018, the WHO concluded that CBD is generally well tolerated with a good safety profile. As research surrounding suggested benefits for CBD use evolves, the evolution we are seeing around CBD product development reflects a shift in consumer demand, and it is more important than ever to ensure accessibility to trusted, regulated and high-quality CBD products. I am excited to be working with Love Hemp to ensure the brand continues on its path of being a standard-bearer for the CBD industry and for the development of a safe, legally compliant and thriving CBD industry in the UK.”

May 20 - LH Botanicals Increases Capacity in Response to Consumer Demand

Established by the founders of Love Hemp, Tony Calamita and Thomas Rowland, the London-headquartered company, LH Botanicals provides a complete range of CBD products for wholesale, bulk and white label, with all products certified THC-free in customisable bottle sizes, concentrations, and flavours.

The Company has found that demand for LH Botanicals’ CBD products is continuing to rise and, as noted within the Company’s announcement on 7 May 2020, the Company has responded by increasing production capacity by acquiring a new capsule machine and a new bath bomb machine to extend its product offerings in an attempt to increase market share further. In addition, LH Botanicals has invested in advanced in-house technology that can test for the widest range of cannabinoids as standard.

Love Hemp CEO, Tony Calamita commented: “We are proud to offer exceptional levels of service and the most competitive pricing when it comes to wholesale CBD. Our broad spectrum Phyto cannabinoid-rich industrial hemp is naturally developed and grown in America, and an advanced cloning programme is used to ensure the consistency of the genetic strains to create a safe and regulated product with excellent characteristics. The acquisition of a bath bomb and additional capsule machine is testament to our continued success, and the trust we have built as a brand.”

World High Life Plc (AQSE:LIFE)(OTCQB:WRHLF) congratulates Georges St-Pierre on the announcement of his induction into the UFC Hall of Fame.

Georges St-Pierre serves as brand ambassador for World High Life and its wholly owned subsidiary Love Hemp Ltd. Mr. St-Pierre has been inducted into the UFC Hall of Fame as a member of the Class of 2020.

“Georges St-Pierre is a globally recognized icon, his success in mixed martial arts is legendary for two reasons, his winning record and his incredible commitment to preparation,” said Mr. David Stadnyk, World High Life Founder and CEO. “We congratulate him for this honour he has earned – having his championship pedigree and commitment to excellence on our team is inspiring as we continue to grow the business with him, aimed at achieving the highest standards.”

3-time UFC World Champion (2-time Welterweight and 1-time Middleweight), Georges St-Pierre holds a record of 26-2-0 in his professional fight career, avenging both losses. He will enter the UFC Hall of Fame’s “Modern Wing,” honouring fighters who debuted in the era of unified rules post November 2000, and who are at least 35 and have been retired for a minimum of one year.

The importance of the Love Hemp brand’s ability to be flexible and agile whilst responding to consumer needs has never been more apparent, with Love Hemp Immune launching six-months ahead of schedule, whilst the brand’s global online retailer, CBDOilsUK has expanded its portfolio with the launch of one of the most affordable collections of CBD capsules and oils available to-date, 2020 Botanics.

Tony Calamita, CEO at Love Hemp commented: “Right from the start we have been passionate about creating the UK’s leading range of trusted CBD products with new product development at its heart. We were the first brand in the UK to launch a functional spring water infused with CBD, as well as a CBD infused face mask. We are committed to developing products that ensure everyone has access to the supplements they need.”

World High Life PLC, (AQSE:LIFE)(OTCQB:WRHLF) the AQSE and OTCQB listed investment company, is pleased to provide an update on the progress of its wholly owned subsidiary, Love Hemp, during the global Covid-19 pandemic.

Love Hemp is passionate about creating the UK’s leading range of trusted CBD products, with new product development at the heart of the brand. Love Hemp was the first company to produce functional spring water in the UK infused with CBD. Oils, sprays, vapes, chocolate, jelly domes and beauty products including its innovative CBD infused face mask and body salves have all followed. In response to current challenges, Love Hemp has shifted its focus, building on the opportunity to achieve stronger online sales, achieving a 39% increase month-on-month since January 2020, whilst expanding its offerings to meet consumer demand.

Having secured a number of notable listings with leading retailers including Boots, Ocado, Holland and Barrett and Sainsbury’s, as well as being recognized on the list of Best CBD Oil Brands in the UK by the Evening Standard in August 2019, Love Hemp also won the best CBD Brand in The Beauty Shortlist Awards 2020.

New product development is at the heart of the business, with Love Hemp Immune launching in April 2020, more than six-months ahead of schedule, highlighting the brand’s ability to be flexible and agile, whilst responding to consumer needs amidst the current circumstances. There is also a range of new products in development ranging from confectionary to drinks, oils and sprays. Brand renewal work carried out by external marketing partners, Propaganda, will be live in retail stores and online from October 2020.

Additionally, the company’s online retailer, CBDOilsUK, is expanding its product portfolio with the launch of three brands within the next two months, whilst its wholesale production unit, LH Botanicals, is committed to fully supporting customers through this challenging time and has increased production capacity with the acquisition of new capsule and bath bomb production machines.

Tony Calamita, CEO at Love Hemp commented: “There’s no question that the challenges businesses across the world are facing currently are unique. Whilst bricks and mortar stores have either closed or experienced less foot traffic and reduced hours, it has highlighted the need for us to have a robust online presence in order to keep people engaged with our brands and products. We have expanded our online offerings and are committed to continuing to provide the best experience for our customers, so they are able to continue to purchase and engage with us in an efficient way, with minimal disruption. Fortunately, consumer demand for our products is growing and we have adapted, thanks to a great team effort, to be able to grow the business under new circumstances, expanding our e-commerce presence and education marketing, which will be the foundations of our model going forward.”

World High Life Plc (OTCQB:WRHLF) is pleased to announce that it has finalised an agreement with 3-time UFC Champion of the World, Georges St-Pierre, as brand ambassador for World High Life and the Company’s Love Hemp brand.

“World High Life and Love Hemp aspire to be world leading pioneers for CBD health and wellness and we are therefore thrilled to have Georges St-Pierre join our team and provide his legendary leadership and vision toward the expansion of Love Hemp’s already significant business throughout the UK and more extensively into Europe and beyond,” said Mr. David Stadnyk, Chairman and President of World High Life.

As Brand Ambassador, Mr. St-Pierre will facilitate and provide promotional services, including branding, social media, product placement, endorsement and overall support of the Company and the “Love Hemp” brand.

In 2006 he became the UFC Welterweight Champion. He lost the title in 2007 but subsequently regained it in front of his hometown fans of Montreal in 2008 and hasn’t lost a single title defence since then.

Georges retired from the sport on 13 December 2013, holding the UFC record for most wins in title bouts and then returned to the octagon after a four-year layoff, on 4 November 2017 at UFC 217 in New York City (Madison Square Garden), where he defeated Michael Bisping by submission in the third round to win the UFC Middleweight Championship title, becoming the fourth fighter in the history of the organization to be a multi-division champion. On 7 December 2017, after being diagnosed with ulcerative colitis, Georges vacated his UFC middleweight title and officially announced his retirement from professional MMA competition on 21 February 2019.

Recognized as one of the planet’s best pound-for-pound MMA fighters and all-around athlete, GSP lives in Montreal and still travels around the world to train with the best coaches and training partners in all disciplines.

“Using Love Hemp’s CBD products in my training helped my recovery and overall well being greatly, I embrace this opportunity to help create innovative products and grow the Love Hemp brand so that others can benefit as well,” said Mr. Georges St-Pierre. “I am committed to building great teams and getting world class results in everything I do, and the World High Life and Love Hemp team have shown me they have everything it takes to achieve that world class standard.”

The Directors of the Company accept responsibility for the contents of this announcement.