Tide, from the Procter & Gamble brand (NYSE: PG), announced its partnership with NASA to create a detergent for space travel. As companies like SpaceX, Blue Origin and Virgin Galactic start to commercialize space travel, several brands are pushing to be part of the movement.

The laundry detergent manufacturer along with NASA scientists, have concocted a fully degradable detergent, set to clean clothes without the need of water. Throughout the next decade, products such as Tide to Go pens and wipes will be tested at the International Space Station and on several missions to the moon and Mars. 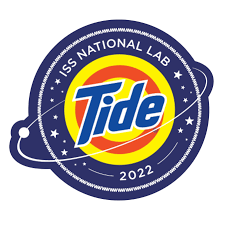 “With water a precious resource, there are no washing machines in space,” explained Dr. Michael Roberts, Acting Chief Scientist of the ISS National Lab.

Astronauts are used to wearing the same clothes for several days, only to throw them away in a trash capsule which burns upon re-entering Earth, with the debris sometimes falling to the ocean. Every year over 160 pounds of clothing per crew member are carried to the space station with the average member serving six month tours. However, a mission to Mars is likely to last more than three years, meaning this method would be implausible.

Aside from space travel, this novelty could make a huge difference for earthbound consumers. With climate change affecting the planet’s water supply and causing droughts in various parts of the earth, about a quarter of the population faces “extremely high” water stress, according to the World Resources Institute.

“Scientific breakthroughs always starts from a very limited application, but when we get that breakthrough, the ability to use it to solve today’s problems on Earth is going to be phenomenal,” said Shailesh Jejurikar, chief executive officer of P&G’s fabric and home care division.

APOLLO Insurance and LowestRates.ca Partner to Offer Access to Embedded Digital Insurance via an API