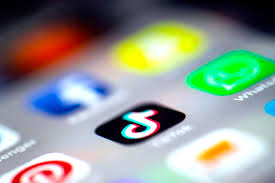 As the U.S. government cracks down on TikTok, the Chinese owned company has decided to arm up its lobbying team. The Bytedance firm who owns the app has chosen to hire experienced government and public policy professionals as defense .

From lawyers to policy advisors, TikTok has managed to rally up a strong lineup. The group follows in the footsteps of Michael Beckerman, ex-CEO of the Internet Association, who joined the company in spring.

“Michael Beckerman is a best-in-class government relations professional with more than 15 years experience,” said Hacker, a former Clyburn advisor who is also part of the new group. “When he got the job, he asked me if I’d consider coming to help him.”

The app, which features choreographed dances and challenges, has gained sensation amongst teens and young adults. Additionally, the ongoing COVID19 restrictions and lockdowns have skyrocketed traffic towards the app, making it the most downloaded app of the year.

Nevertheless, TikTok’s bind to China has attracted immense suspicion from the U.S. Politicians are said to be particularly focused on the data and privacy protection aspect of the service. In an interview with Greta Van Susteren, President Trump revealed he and his administration strive to ban TikTok due to many ongoing factors.

“It’s a big business,” he said. “Look, what happened with China with this virus, what they’ve done to this country and to the entire world is disgraceful,” he said, continuing that banning TikTok was “one of many” options he’s considering to punish China over the coronavirus.

Regarding Privacy, the company retaliated by stating that U.S user information was stored within the United States and had a backup in Singapore. Ultimately meaning that its data centers outside of China were not subject to their laws.

Median Technologies: Strong Business Activity for the First Half of 2020 (Unaudited Figures)