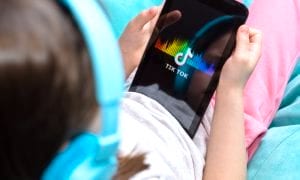 TikTok, a viral video sharing social network, is driving toy sales as children use the app more frequently throughout the global pandemic. With little to no outside interaction, social media platforms have increasingly become the go-to entertainment form for many.

“While word-of-mouth is likely taking a backseat among the youngest of kids, especially since playdates are less frequent, with technology, kids have been getting access to what’s new via other avenues,” Juli Lennett, a toy industry analyst at market researcher NPD Group, wrote in an email to CNBC. “With all the extra time kids spend at home, I have to assume that they are spending more time than ever before on social media, watching TV/subscription video services, YouTube, etc.”

According to NPD Group’s consumer tracking service, social media influencers have become trusted sources for their followers and are ranked the fourth-most noted reason a toy purchase is made. The most frequent reason for a toy purchase being a raving family member, speaking about the product.

With over 100 Million active U.S. TikTok users, it is up 800% from 2018. Over half of users utilize the app on a daily basis. Amid the high audience level, Toy companies are frequently collaborating with content creators to promote their products within the app.

Zuru, a toy company, cited that TikTok has increased sales for its “5 Surprise Mini Brands” which contain mini replicas of household items such as Jello, Dove shampoo, Twinkies and more.

Zuru said that its 5 surprise Mini Brands were exceeding sales expectations. After launching just a couple of weeks ago, the toy companies second series capsules are over 60% sold out at all top retailers.

“TikTok is unique in the fact that a user does not require a large following in order for a video to go viral,” Lee said. “So, we actively look for super creative, brand fans to work with versus just looking at high-profile influencers.”