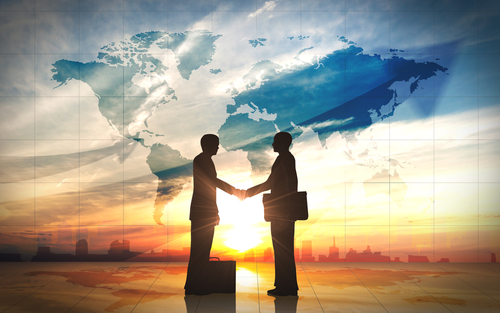 Today at 3:30 am, in classic Trump fashion, the President had tweeted, announcing a new trade deal that had been negotiated with Canada. This deal is to be combined with the trade agreement that the President had reached earlier in August with Mexico. The new deal is to be named the United States Mexico-Canada Agreement (USMCA).

The USMCA, according to the President, will “solve many of the deficiencies and mistakes in NAFTA, greatly opens markets to our Farmers and Manufacturers, reduces Trade Barriers to the U.S. and will bring all three Great Nations together in competition with the rest of the world.”

The Trade Agreement covers topics from agriculture to alcohol, the textile industry, to automotive and intellectual property. In a fact sheet released by the U.S. Trade Representative, the agriculture industry in all three countries stands to gain as there will be greater access for American dairy to export into Canada along with a removal of Canadian tariffs on whey and margarine. Between the United States and Mexico there will be no tariffs on agricultural products.

Other provisions of the deals require that 75% of automobile content are manufactured in North America. The USMCA also allocates protections on intellectual property, with a focus on the biological patents regarding agriculture and pharmaceuticals.

Although there has been trade tension between the United States and Canada, the USMCA seems to be favourable for both parties as Canadian Prime Minister, Justin Trudeau, had stated it is “A good day for Canada & our closest trading partners.” While this deal still requires Congressional approval, the rebranding of NAFTA comes as a sign of a stronger economic bond between the three North American countries.

Chili's Paradise Pie Is Back, Baby!