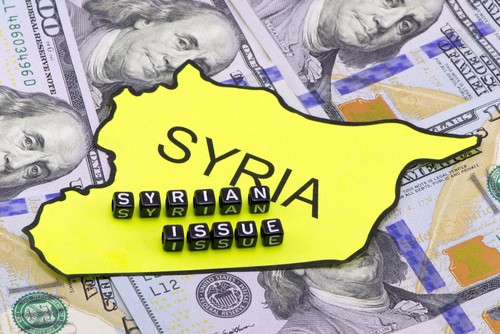 Wednesday, Trump had tweeted out a video touting a victory over ISIS and promising to bring home American Troops from Syria, as they have completed their mission: destroy the Islamic State. But Trump’s allies fear that the removal of an American presence in the nation will be a grave mistake, and cause two rivals of the United States, Russia and Iran, to have a greater influence in the Country.

Marco Rubio and Lindsey Graham are two Senators who are adamantly opposed to this move. “When it comes to fighting ISIS I do not believe it is wise to outsource the fight to Russia, Iran, and Assad” Senator Graham said Thursday “They do not have America’s best interests at heart”. Graham believes that if American troops leave Syria, it will allow Russia and Iran to take control of the situation and assist the Assad Regime.

“The decision to pull out of Syria was made despite overwhelming military advice against it. It is a major blunder. [If] It it isn’t reversed it will haunt this administration & America for years to come” said Senator Rubio.

The major concern here is that ISIS has not been destroyed and that if the United States leaves the conflict zone, it will be able to regain its strength. But President Trump has claimed ISIS is not a threat. “We have defeated ISIS in Syria, my only reason for being there during the Trump Presidency” he tweeted on Wednesday.

The details of the return are still unknown and Trump has been criticized for potentially making the same mistake that President Obama had made by pulling troops out of Afghanistan during his presidency. A move Trump had once decried as poorly thought out, by letting enemies know that troops are leaving.

Indian Toys Market Outlook to 2023 - Projected to Record a CAGR of 13.9%, Driven by a Large & Young Population - ResearchAndMarkets.com