TuSimple (NASDAQ: TSP), an autonomous trucking startup, recently completed testing for its driverless semi-truck in Arizona. The company’s driving system (ADS) steered 100% of the 80-mile run throughout streets and highways from a rail yard in Tucson, Arizona to a distribution center in Phoenix. There was no human intervention along the route, an enormous milestone for the company which strives to grow its technology towards purpose-built trucks by 2024, according to president and CEO Cheng Lu.

“This test reinforces what we believe is our unique position at the forefront of autonomous trucking, delivering advanced driving technology at commercial scale,” Lu said. 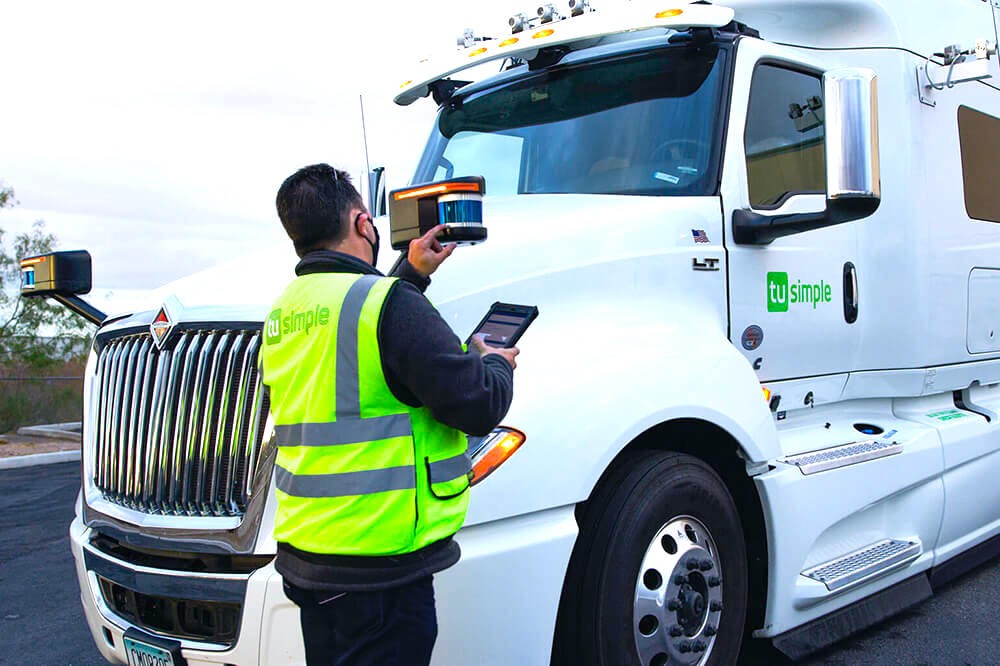 The Associated Press reported that TuSimple had completed around 2 million miles of road testing thus far and currently has 70 autonomous trucks worldwide. TuSimple plans to continue testing its driver-out program throughout 2022.

“It’s the logical next step and a key part of this evolution of our technology to have full commercial scale deployment,” Lu told TechCrunch. “We have to have on one route and one type of vehicle the ability to have all the features that you can operate without a driver on the road, and to have the level of reliability that’s required to take the driver out. And that’s significant R&D engineering work. When you can demonstrate that you can safely remove the driver, even on one commercial operator route, it’s no longer a science project. It’s engineering work, and it takes time and capital and a lot of hard work from our team, but we’re very confident that we’ll be the first to have full-scale commercial deployment of autonomous trucks.”

Lu noted that he believes highway driving is more difficult than urban driving, where reaction times and operational actions are easier due to the slower speed limits.