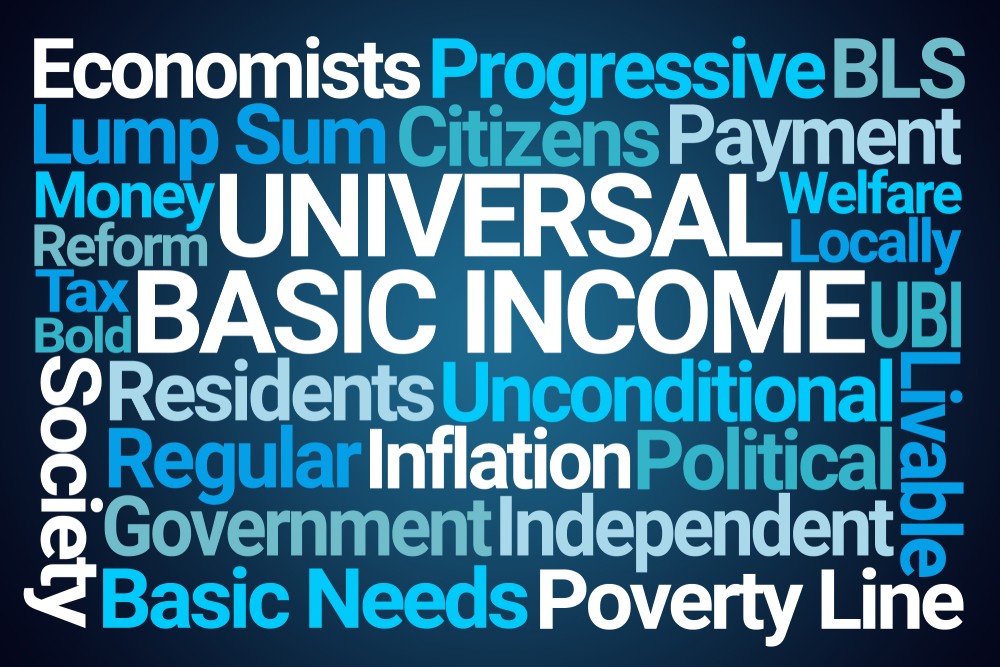 Universal Basic Income (UBI) or the Freedom Dividend, as it is being called by the Democratic presidential candidate Andrew Yang, is now becoming a major topic of the national debate. While UBI may still seem outlandish to most, the simplicity and possibilities of such a policy have attracted a devoted, passionate and large group of supporters. It is also important to emphasize that UBI experiments have been conducted to various degrees of success – launch of a pilot in Kenya, India, a coalition in Namibia, an test in Finland, a pilot in the United States and the redistribution of dividends from natural resources in Alaska and elsewhere.

Here in the United States and the rest of the western world, the reasons given for UBI to be implemented are for the most part a mixture of concerns brewing from automation, artificial intelligence, stagnant real wages and declining life expectancy due to various factors including poverty and its associated struggles, such as depression, stress, and poor nutrition. As a result, UBI ended up as a policy for the digital age – that can be supported by Silicon Valley and trade unions.

Earlier in 2016, Tesla, Inc (NASDAQ: TSLA) CEO Elon Musk mentioned UBI in an interview with CNBC, “There is a pretty good chance we end up with a universal basic income, or something like that, due to automation… Yeah, I am not sure what else one would do. I think that is what would happen.”

Andy Stern, who has been part of the U.S. labor movement for decades, and during his tenure at the SEIU was hailed as “the nation’s most politically influential union president,” also supports UBI. In an interview with The Atlantic, Stern explained, “There’s now an ever-growing amount of research—from McKinsey, and Oxford, Larry Summers, Bill Gross, Deloitte, Pew, Brookings—that says that the potential for a tsunami of job disruptions is quite high, although the estimates can range from 25 percent of jobs to nearly half of tasks. The numbers are huge, and grow at an accelerating pace. So if that’s a conceivable scenario, then what’s an appropriate response? Universal basic income is the best idea I have. I appreciate some of its potential shortcomings, but it can work.”

A major concern regarding UBI is that it could become a substitute for income and discourage participation in the workforce. But a recent study revealed that Alaska’s provision of regular, unconditional income to its inhabitants had no negative effect on employment. The only significant change that did occur was a 17% increase in part-time work. A greater percentage of women than men appeared to be taking up part-time work, which appears to be the result of women using the extra funds to provide childcare, without which they would have been unable to remain part of the workforce.

Earlier in 2010, three unconditional basic income schemes funded by Unicef were conducted in India. Altogether, more than 6,000 men, women and children received it, with the children’s money paid to the mother. In one pilot, everybody in eight villages were provided with a basic income for 18 months, and their experience evaluated by comparing what took place in 12 otherwise similar villages, in a modified randomized control trial. The only condition was that every adult had to open a bank or co-operative account within three months, into which the basic income was paid. Despite initial skepticism, a 98% bank account rate was achieved in that period; the rest followed.

Guy Standing,  author of The Precariat: The New Dangerous Class, describes in an article published in The Guardian the results from that experiment, “First, it had strong welfare, or ‘capability’, effects. There were improvements in child nutrition, child and adult health, schooling attendance and performance, sanitation, economic activity and earned incomes, and the socio-economic status of women, the elderly and the disabled.

Second, it had strong equity effects. It resulted in bigger improvements for scheduled caste and tribal households, and for all vulnerable groups, notably those with disabilities and frailties. This was partly because the basic income was paid to each individual, strengthening their bargaining position in the household and community.

Third, it had growth effects. Contrary to what sceptics predicted, the basic incomes resulted in more economic activity and work.”

It is unclear how popular UBI, or the Freedom Dividend, will be by the time the current election cycle ends, but Andrew Yang’s consistent rise in the polls indicates that there is still plenty of room to grow.