The UK’s competition regulator has decided that Meta’s (NASDAQ: FB), formerly known as Facebook, acquisition of Giphy should be undone, as the deal may hurt competitors. According to the Competition and Markets Authority (CMA), Meta’s domination over the search engine for GIFs has already eliminated a potential rival in the advertising market.

Facebook acquired Giphy for USD315 Million in 2020, with the intention of combining the service with Instagram. The transaction was Meta’s first high-profile deal which government officials have tried to overturn. 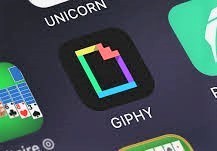 The CMA claims that the acquisition could be utilized to deny or restrict other platforms’ access to Giphy GIFs in order to drive more traffic to Facebook, Whatsapp, and Instagram.

“The tie-up between Facebook and Giphy has already removed a potential challenger in the display advertising market,” the chair of the independent inquiry group Stuart McIntosh said in a statement, referring to Meta. “Without action, it will also allow Facebook to increase its significant market power in social media even further, through controlling competitors’ access to Giphy GIFs.”

“By requiring Facebook to sell Giphy, we are protecting millions of social media users and promoting competition and innovation in digital advertising,” McInosh said.

The news is a hit to Meta’s future plans as it also faces antitrust scrutiny by several governments worldwide. Additionally, it raises concerns for other Tech giants steering towards acquisitions within the same regulatory disposition.

Meta openly disagreed with the CMA and said it is contemplating  “all options, including appeal.”

“Both consumers and Giphy are better off with the support of our infrastructure, talent, and resources,” a Meta spokesperson said. “Together, Meta and Giphy would enhance Giphy’s product for the millions of people, businesses, developers, and API partners in the UK and around the world who use Giphy every day, providing more choices for everyone.”