United Airlines (NASDAQ: UAL) Boeing 777, flight 328, experienced engine failure briefly after takeoff from Denver on Saturday, according to the Federal Aviation Administration. A loud explosion alerted the 241 people on the flight that something had gone wrong.

People in the suburb below the plane ran for shelter as debris crashed to the earth. Pilots issued a mayday call and immediately turned back towards the airport for emergency landing. Luckily there were no reported injuries involved in the incident. 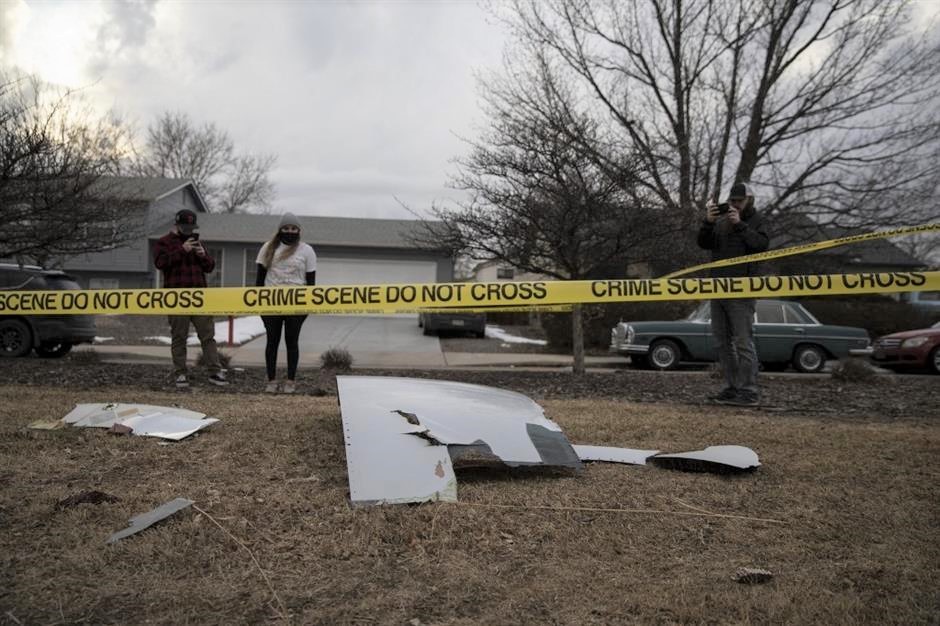 “There was a big boom and the kind of sound you don’t want to hear when you’re on the airplane,” said Travis Loock, who was flying with his wife. “And I instantly put my shade up, and I was pretty frightened to see that the engine on my side was missing.”

“We were just glad we weren’t over the ocean, because that’s where we were heading,” he said.

Many shared images on social media, including one of part of the engine in front of a house. Police later shared further images of more debris.

“The FAA is aware of reports of debris in the vicinity of the airplane’s flight path,” the agency said in a statement.

Both The National Transportation Safety Board and the FAA revealed they are looking into the matter. United said it is also in contact with the FAA, NTSB and the local law enforcement in regards to the flight.

“Extremely rare engine failures like this prove there is no substitute for experience and that the most important aircraft safety system is two well-trained, highly skilled, professional pilots at the controls on the flight deck,” said the Air Line Pilots Association, the union that represents United’s pilots.

Insights on the Threat Intelligence Security Services Global Market to 2027 - Featuring Cisco Systems, FireEye and McAfee Among Others - ResearchAndMarkets.com