UPS (NYSE: UPS) shares jumped over 4% Tuesday after the company revealed positive revenue and profits throughout the holiday season amid the rise in online shopping during the pandemic. Despite posting a USD3 Billion fourth-quarter loss, adjusted earnings were far better than Wall Street analysts Expectations.

The American multinational package delivery company’s revenue rose 21% to USD24.9 Billion during the quarter ending December 31, an all time high for the company. Meanwhile, its 2019 revenue amounted to USD20.6 Billion. 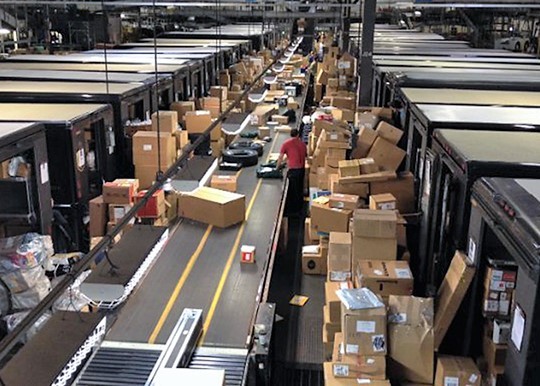 “Looking at the fourth quarter, our results were strong and considerably better than we expected,” CEO Carol Tome said on the company’s earnings call following the report. “This is the highest quarterly operating profit in the company’s history, with record profit produced in each segment.”

U.S. package revenue came out to USD15.75 Billion, an overall 17.4% year over year increase. International package revenue amounted to 4.77 Billion, a 23.3% jump in comparison to the previous year. UPS said that its average daily volume rose 10.6%.

“As we look past 2020 into the new year, we are optimistic. During the fourth quarter, we began transporting COVID-19 vaccines and we stand ready to deliver hope and health to people around the world,” Tome said.

The company’s shares rose 2.91% at USD161 during trading Tuesday.