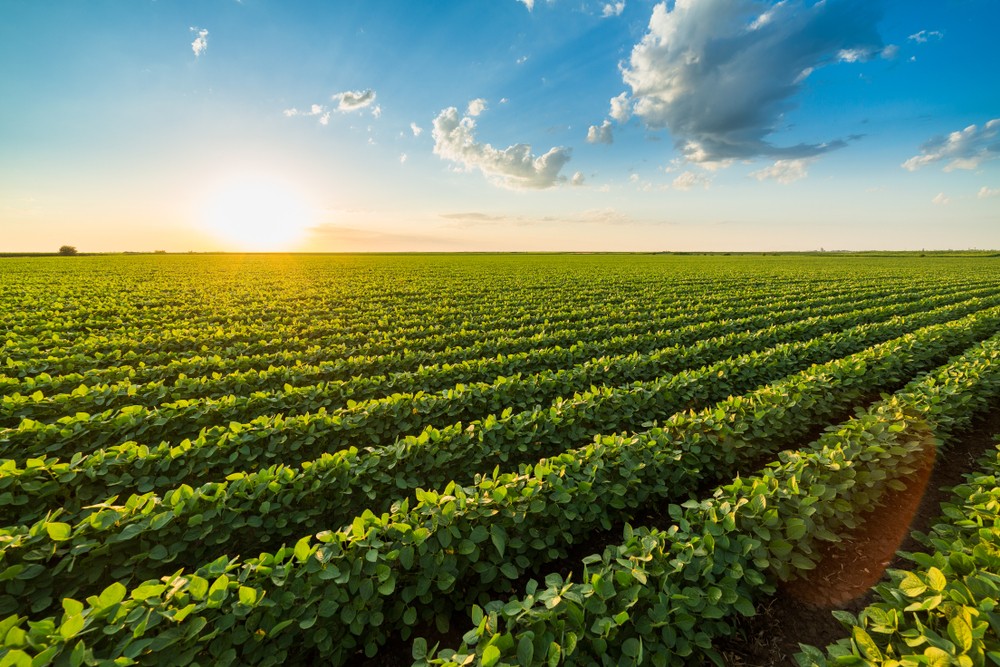 On May 30th, the US Department of Agriculture issued a report on the ‘Outlook for US Agricultural Trade,’ examining the performance in October → March, and making predictions for February → May. Concerning soybean futures, it offers, “Compared to February, exports to China are down $2.5 billion USD..” Hong Kong soybean imports are also down USD 800 Million. Southeast Asia, Thailand and Indonesia’s soybeans are down by USD 500 Million, and South Asia by USD 200 Million.

The USDA blames Asian countries other than China for their own weak performance (India and Indonesia, for example, had poor cotton sales, etc.). China, however, is still the biggest soybean importer and has been stockpiling for the trade war. The Chinese are also, of course, hitting at American agriculture in a tit-for-tat on Trump’s protectionism. In sum, this report revised USDA numbers down, from USD 35.5 Billion to USD 22.4 Billion.

We should examine the performance not only of soybeans but also of other major agriculture futures. Wheat is falling 0.6% this morning, soybeans 0.8%, and corn 1.3% as of writing. In terms of overall industry size, wheat is USD 9.7 Billion, corn 14.5, and soybeans 31.1 billion, so soybeans are still the absolute losers. Corn actually stands out as the best investment, potentially because of its captive audience in the ethanol fuel additives. In the last year, wheat fell by 5% and soybeans by 10%. Corn glided in on a smooth, suave 9% growth.

The commodities markets, not only agriculture, depend on the outcome of the trade negotiations with China. While the talks have been aborted without a deal, it is possible that the situation could be resolved, even after China has walked away from negotiations. Investors would do well to get out of these volatile commodities.