The spaceflight company’s shares plummeted as much as 14% after filing the notice of its stock sale offering with the Securities and Exchange Commission. Amid volatility, trading was momentarily halted after the session opening. 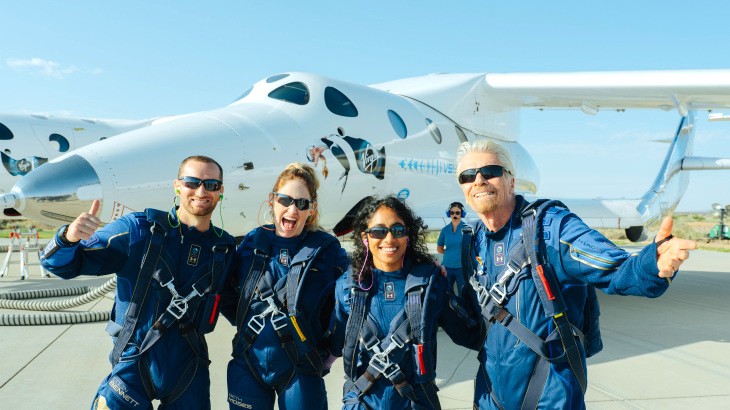 “Our management will retain broad discretion as to the allocation of the proceeds,” the company said in the filing.

Virgin Galactic currently has 240 million shares outstanding, with 164.6 million of those available to the public for trading – known as float. The new USD500 Million offering would total about 10.2 million shares.

“We view Branson’s achievement as a massive marketing coup for Virgin Galactic that will be impossible for the public to ignore,” Canaccord Genuity equity analyst Ken Herbert told clients. The firm has a buy rating on Virgin Galactic, however it also placed a USD35 price target on the stock, lower than its current price.

Branson along with three Virgin Galactic employees participated in the test flight Sunday, with the VSS Unity Spacecraft launching into the New Mexico skies.

“We see this as important on the path toward starting passenger flights, which we assume will happen in early 2022,” AB Bernstein analyst Douglas Harned told clients.

Furthermore, the company revealed it is partnering with Omaze to give away two seats on “one of the first commercial Virgin Galactic spaceflights” early next year.

“The flight is symbolically important for building consumer confidence in and demand for space tourism,” said Harned. “A successful test flight by Blue Origin including founder Jeff Bezos, scheduled for July 20, should generate further interest in the industry, which would benefit both companies.”