Virgin Galactic (NYSE: SPCE), an American spaceflight company, stock plummeted 15% Monday following its failed flight attempt on Saturday. The flight was set to reach outer space, however due to engine ignition issues, it was forced to steer back to the Spaceport America launch site in New Mexico to land.

“The flight did not reach space as we had been planning. After being released from its mothership, the spaceship’s onboard computer that monitors the rocket motor lost connection. As designed, this triggered a fail-safe scenario that intentionally halted ignition of the rocket motor. Following this occurrence, our pilots flew back to Spaceport America and landed gracefully as usual,” Virgin Galactic CEO Michael Colglazier said in a statement. 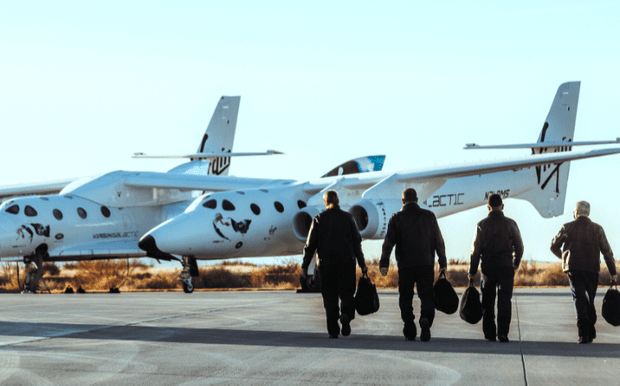 Shares had closed at USD32 on Friday and fell as low as USD26 Monday morning. The stock had been gaining momentum since November, when the company revealed its test flight was almost set to launch.

Virgin Galactic tweeted on Saturday: “As we do with every test flight, we are evaluating all the data, including the root cause assessment of the computer communication loss.  We look forward to sharing information on our next flight window in the near future.”

The spaceflight company anticipates to repeat the test flight from its Spaceport America in New Mexico base. According to Colglazier, Virgin is reviewing the information from the test and has not yet set a date for its next launch.

“Although this weekend’s powered test flight was not a success, the silver lining is that [Virgin Galactic] was able to prove that its built in fail-safe scenarios worked properly enabling [SpaceShipTwo] to glide safely back to Earth without jeopardizing the safety of anyone on board. The successful triggering of fail-safe scenario should help quell some investor concerns over the risk of a catastrophic event as [Virgin Galactic] begins commercial operations,” Credit Suisse analyst Robert Spingarn wrote in a note to investors on Monday.

Morgan Stanley has an overweight rating on the stock with a $24 price target.