The pharmaceutical reported earnings of USD1.17 a share, compared to the expected USD1.02 per share. Revenue amounted to USD34.26 Billion, higher than analysts anticipated USD33.30 Billion

“Mandates are playing a role,” CEO Roz Brewer said in an interview with CNBC’s Bertha Coombs. “There are many companies and organizations, cities and municipalities that are mandating and I think it’s forcing people to say ‘I need to go to work. So I have to get this vaccine.’ So it is creating an increase. And we’re seeing that in our stores.” 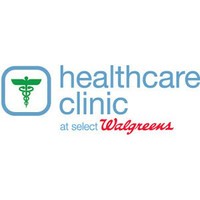 Furthermore, Brewer revealed that the drugstore chain would be expanding its health care division, making it the company’s “new growth engine.”

According to Brewer, the chain’s 9,000 locations throughout the U.S. will soon allow customers to attend doctor appointments, get medical tests, and seek advice from a nurse or pharmacist. The services are set to be under a new division called Walgreens Health.

Upon the news, shares closed 7.4% up on Thursday. The company had also just announced a USD5.2 Billion investment in Village MD, a primary care company set to open clinics inside of Walgreens stores.