The retailer took advantage of positive shopping habits throughout the pandemic, as people bought more food when restaurant’s had limited capacity. Customers often turned to Walmart to buy both home goods and groceries in one place, all the while being able to social distance. 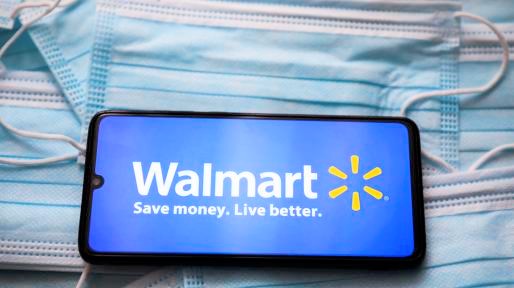 “Our optimism is higher than it was at the beginning of the year,” Walmart CEO Doug McMillon said in the earnings announcement Tuesday morning. “In the U.S., customers clearly want to get out and shop.”

According to Walmart, shoppers have increasingly spent more after receiving their stimulus checks as they prepare to socialize once again. E-commerce sales within the U.S. were up 37% even as restrictions ease.

“We have a strong position as our store environment improves and e-commerce continues to grow,” McMillon added. “Stimulus in the U.S. had an impact, and the second half has more uncertainty than a typical year. We anticipate continued pent-up demand throughout 2021.”

Amid the positive results, the retailer raised its outlook for the fiscal year. It now foresees that earnings per share and its U.S. operating income will rise to high single-digits.