Walmart’s (NYSE: WMT) current e-commerce chief Mac Lore has revealed he is leaving the retail giant almost five years after joining in an effort to hasten its online growth. Lore started to work with Walmart in 2016, shortly after the company acquired Jet.com, a start-up he had founded, for USD3.3 Billion.

The acquisition allowed Walmart to build its digital business and strive to measure up to rival Amazon. Investors viewed the deal as a means of the retailer gaining digital knowledge from Lore. Furthermore, Lore had previously sold his former company, Quidsi, to Amazon. 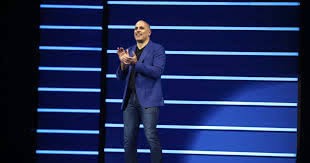 According to an 8K filed on Friday, Walmart revealed Lore told the company Thursday he would be retiring in January. Nevertheless, Lore will remain a strategic advisor for the company until September, Walmart said.

“Marc’s leadership helped ensure we were positioned to respond to the demand driven by the pandemic this year,” Walmart CEO Doug McMillon said in an email. “All of this progress is the result of good work from a lot of people, of course, but Marc’s expertise and aggressiveness have been game changing. We have learned a lot from him. I have personally learned a lot from him.”

Lore wrote a LinkedIn post, noting that although he plans to take time off, he will continue working with start-ups.

“Reflecting on the past few years with so much pride – Walmart changed my life and the work we did together will keep changing the lives of customers for years to come,” he wrote.

It is said that Lore will begin working on a very different kind of project which will take decades to build, “a city of the future” backed by “a reformed version of capitalism.”

“It’s a new model for society we’ll be testing,” he teased.

Though Lore refused to give additional information on the venture, he said further details would be revealed in the next few months.

“Imagine a city with the vibrancy, diversity and culture of New York City combined with the efficiency, safety and innovation of Tokyo and the sustainability, governance, and social services of Sweden,” reads the vision statement for the project. “This will be our New City.”

“This is going to be a lifelong project,” he added. “It’s the thing I’m most passionate about.”

Global Inoculants Market Outlook to 2027 - Players Include BrettYoung, Cargill Incorporated and Corteva Among Others - ResearchAndMarkets.com