Why Is Surge Protection So Important? | Financial Buzz 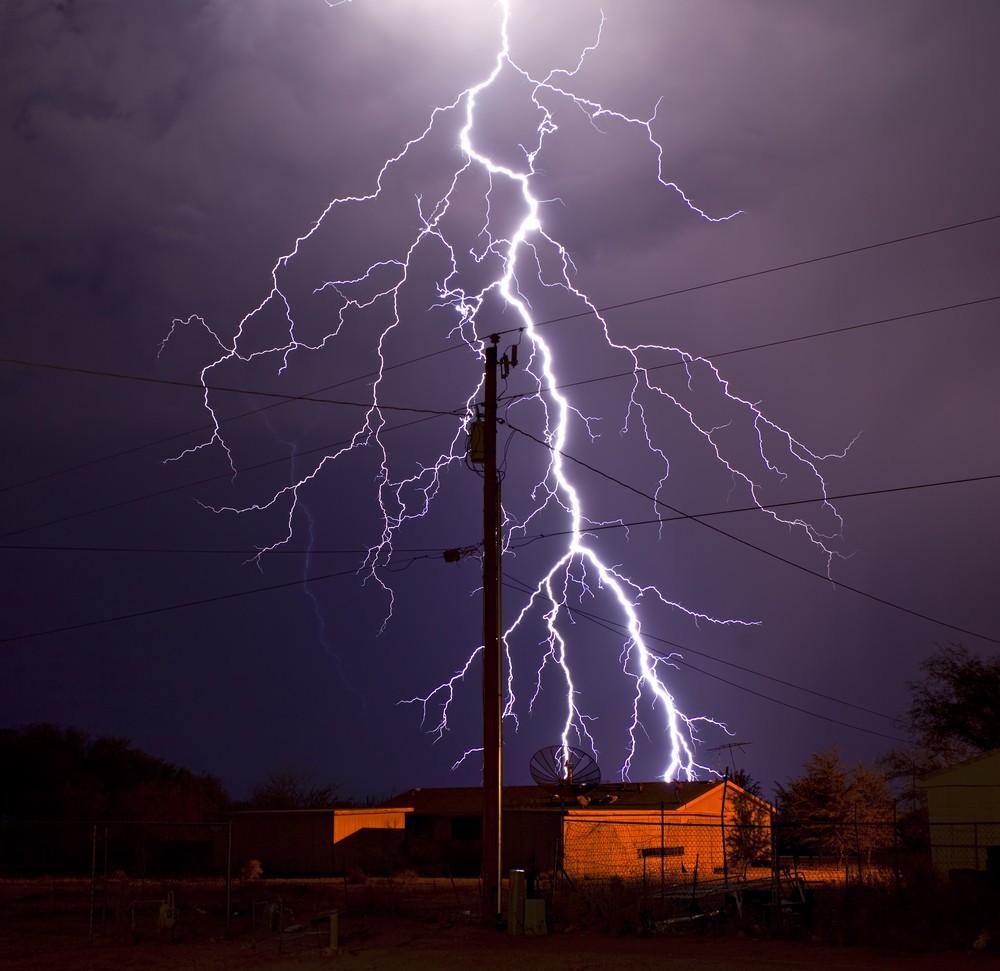 Maybe you’ve experienced a power surge in the past. Or, it’s possible you’ve only heard of them as a damaging force. They are essentially what the names suggests—an excess of power sends a devastating blast through an electrical system. But why is it important to use surge protection to protect your home?

Surges come from a few sources. A lot of people associate lightning strikes with power surges. This is a typical culprit. When lighting hits a satellite dish or power lines, it can—no pun intended—shock your system. According to State Farm, a surge can also come from the power company, or occur when large appliances that require a lot of energy turn on or off.

The standard home receives power at 120 volts of alternating current, which goes up and down between zero and 169 volts. When there’s a huge surge from one of the aforementioned reasons, sending it over that maximum, it can harm the electrical components of anything connected to the circuit.

Why Is Surge Protection Important?

Surges in power can cause catastrophic damage to electrical equipment. You don’t realize the importance of protecting yourself from this until you suffer the consequences of having to replace thousands of dollars’ worth of electronics.

That’s right, without proper protection from unwanted surges your valuables are in danger of being damaged or destroyed. You obviously don’t want that to happen. These items serve an important purpose in your life; and you don’t want to pay to replace them. There are several options out there for surge protection, but not all of them perform equally.

How Should You Protect Your Home from Electrical Surges?

You’ve learned about how power surges happen, what they can do. Now it’s time to learn about what you can do to keep your electronics from getting overloaded.

People who want total surge protection should look at whole-home surge protective devices (SPDs). These are installed at the load center, and totally defend against the damages that can be caused by power surges. Square D™ is one brand that builds a highly reliable SPD system for homeowners.

One of the biggest benefits of using this type of system as opposed to another form of surge protection is that it blocks surges at the source. The obvious benefit is that surges are isolated from the rest of the home’s electrical system. But it also solves a major issue that isn’t addressed by lesser surge protection products.

An SPD protects your larger appliances like HVAC, refrigerator, stove, and others. These are often overlooked when putting together a surge protection plan, as many people only think about digital electronics. However, these are other appliances are typically even more expensive than TV or computer equipment.

Is a Power Strip Enough for Surge Protection?

Many people turn to power strips for their surge protection needs. These are a simple choice because they provide many outlets. But do they do an adequate job of protecting your electronics? Often the answer is no.

It can be tempting to just get a few power strips for your home and call it a day. These are a cheap and convenient product. However, they typically offer little, if any, actual surge protection beyond a switch to break the circuit. Is it worth it to take the easy way out when it comes to protecting your valuables? That’s a gamble some people might be willing to take; but it can lead to negative results.

Power surges are a part of life. You can’t predict them, as they can be caused by a variety of sources. The only real solution is to use tools that will protect your home and equipment from damage.